EU are being 'protectionist bullies' over vaccine says Tice

Eurocrats are pouring over their contract with the UK-based drugs giant after after a row over the supply of Covid jabs to the bloc descended into acrimony.

Senior European Commission officials believe the firm is in breach of the terms it signed up to because of plans to slash the number of vaccines sent to European capitals in the coming months.

AstraZeneca, the maker of the Oxford-developed jab, said it could only deliver around 30 million vaccines to the bloc due to production difficulties.

But in crisis talks this evening, Commission chiefs will the firm to replace the missing doses with jabs made in Britain.

A senior Commission official said: “If UK plants are working better are we expecting UK plants to deliver doses to the EU? Yes we do.”

With plans being drawn up for a potential ban on the export of vaccines, eurocrats are already combing through customs declarations for evidence to use against Pharma firms. 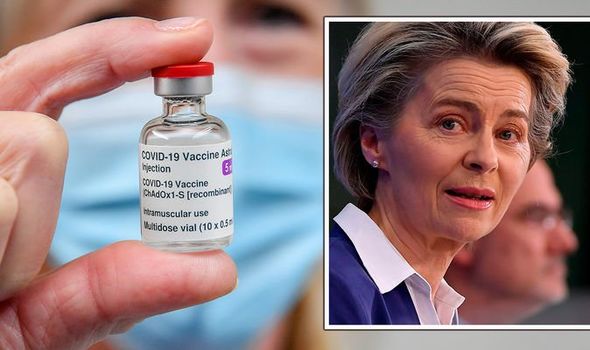