Nick Ferrari burst out laughing when the new Health Secretary’s 8am alarm went off. While he asked about her ministerial position, the sound of Dr Dre’s 1999 hit Still D.R.E with Snoop Dogg rang out. Ms Coffey quickly apologised before turning off the alarm.

Mr Ferrari said: “Can I ask you a question about residences – oh, are you alright over there? You’ve got a phone ringing.”

Ms Coffey added: “I’ve just realised my alarm is going off on my phone.”

The host asked: “Oh my goodness, what is the alarm for?”

The minister said: “I’ve just realised my alarm is going off on my phone, you’re getting a bit of Dr Dre. It’s just an 8 o’clock alarm, sorry. 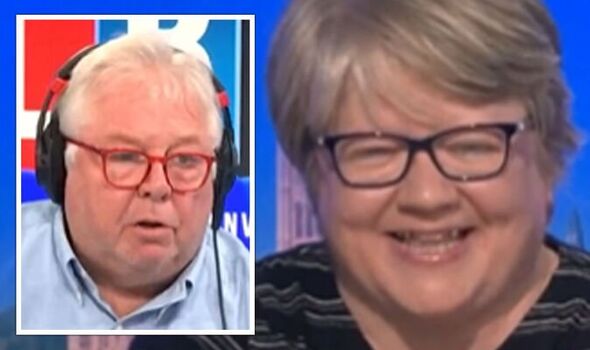 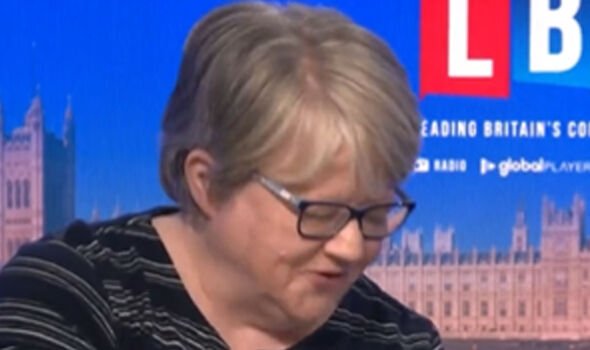 “That’s fantastic – Dr Coffey with Dr Dre as the Health Secretary. It just gets better and better.”

It comes as new Prime Minister Liz Truss will “strain every sinew” to get the economy growing, her deputy said.

The new-look Cabinet was meeting on Wednesday morning to consider a plan to freeze energy bills in order to save households and businesses from financial ruin.

Deputy Prime Minister Ms Coffey said Ms Truss recognised the need to “hit the ground running”, with the energy plan expected to be announced in Parliament this week.

Ms Truss will face her first Prime Minister’s Questions at noon after the meeting of a Cabinet which has been packed with allies.

Ms Coffey defended the make-up of the top team following the cull of senior ministers loyal to former leadership contender Rishi Sunak, insisting it is “a government of all the talents that we have in this party”.

“Liz has appointed a Cabinet of a mixture of whether it’s people of her proactive supporters, people who did not support her as well,” Ms Coffey, who is also the Health Secretary, said.

The Prime Minister is expected to announce a plan to freeze domestic bills in England, Scotland, and Wales at around £2,500 – some £500 higher than the current cap but £1,000 below the level they are expected to hit in October and many thousands below rises predicted over the next six months. 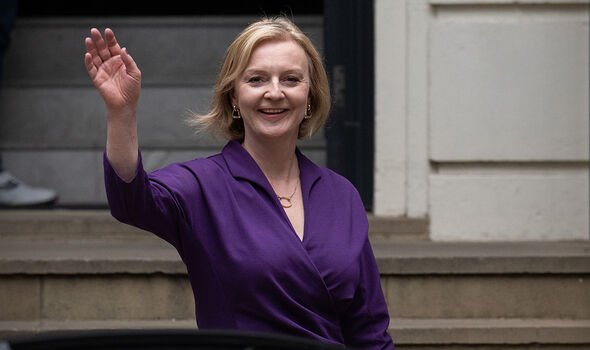 The policy – which could cost as much as £150 billion according to The Times – will be funded through borrowing and general taxation and is still being finalised by Ms Truss, Chancellor Kwasi Kwarteng and other ministers and officials.

Asked about the funding for the scheme, Ms Coffey told Sky News: “Ultimately, we receive money through taxation from people and businesses and then redistribute that accordingly to the priorities set out in our manifesto and the needs of the country. So more will be said about that, aspects of that during this week”.

She added people “will just have to wait for the detail of that”.

Ms Coffey said the new Cabinet “will continue to make sure that we do strain every sinew, put everything that we can in order to get our economy growing again”.