He met around 80 Tory MPs and assured them of his determination to turn his and the party’s fortunes around. But the Prime Minister is braced for more resignations from the lower ranks of his Government as his enemies attempt to destabilise him further. And he faces a gruelling onslaught at PMQs today as well as a grilling from senior MPs at the liaison committee.

Backbenchers will also today start the process for re-electing the executive of the ruling 1922 backbench committee. Mr Johnson’s opponents are vying to take control so they can change the rules to allow a fresh challenge to the PM.

At least 54 Conservative MPs submitted letters of no confidence in the PM to 1922 Committee Chairman Sir Graham Brady.

That forced a leadership election on June 6, which Mr Johnson won by 211 votes to 148.

That number is likely to grow now, but his supporters insist Mr Johnson remains the right person to lead the country.

Culture Secretary Nadine Dorries said: “I’m not sure anyone actually doubted this, however, I am 100 per cent behind Boris Johnson, the PM who consistently gets all the big decisions right.”

Mr Johnson will seek to draw a line after the resignations of Rishi Sunak and Sajid Javid pushed his premiership to the brink.

The Prime Minister’s supporters insist the mistakes of others are being used by his opponents to try to oust him from office.

Last night he began appointing his new team in a clear sign of his intention to keep going.

Most of Mr Johnson’s existing senior team were quick to express their loyalty to the PM after the Chancellor and Health Secretary both quit. 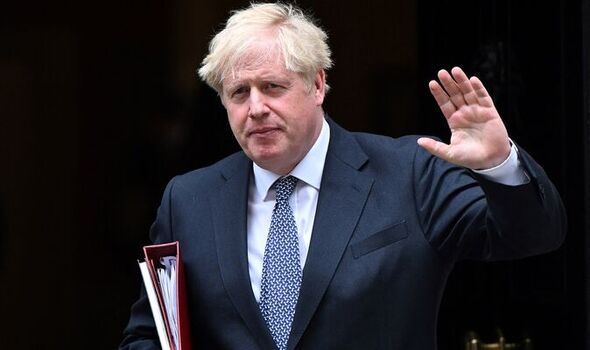 But footage of the Cabinet meeting earlier yesterday showed universally glum faces around the top table as the Chris Pincher scandal intensified.

Unrest in the party led Mr Johnson to make a dramatic public apology about his decision to appoint Mr Pincher as deputy chief whip despite knowing there had been an official investigation into his behaviour.

He said: “I think, in hindsight, it was the wrong thing to do. I apologise to everybody who’s been badly affected by it.

“I just want to make absolutely clear that there’s no place in this Government for anybody who is predatory or who abuses their position of power.”

Minutes later, Mr Javid resigned, saying voters “expect integrity from their government” and Mr Sunak announced he was quitting as Chancellor because “the public rightly expect government to be conducted properly, competently and seriously”.

Mr Pincher stood down last week from his whips role following claims he groped two men at a private members’ club. Days of misleading statements from Downing Street over what was known about the conduct of the MP when he was deputy chief whip caused fury among backbenchers. Ministers were also left professionally embarrassed after they were sent out to defend the process with incorrect information.

Usually loyal MPs began to show signs of wavering in their support in frustration at the changing story about what the PM knew about Mr Pincher’s behaviour and when he knew it when promoting him.

Will Quince, who had been asked to tour the television and radio studios with incorrect information about the debacle on Monday, was among ministers put on resignation watch.

No 10 had spent days insisting the Prime Minister did not know about any “specific allegations” before admitting yesterday he had forgotten about a Whitehall investigation in 2019.

Downing Street confirmed Mr Johnson was briefed by officials at the Foreign Office about the inquiry into Mr Pincher, who was Europe minister at the time.

The complaint was upheld but it did not lead to formal disciplinary action. Mr Johnson’s spokesman said: “You will appreciate it takes some time to establish he was briefed, albeit we don’t think in a formal briefing on this.

“This dates back a number of years. On Friday, it was our belief that he was not informed about that specific incident.”

But the admission only came after the former top civil servant at the Foreign Office, Lord McDonald, said No 10’s account of what was known about Mr Pincher was “not true” and the Prime Minister had been briefed “in person”. Cabinet

Office minister Michael Ellis told MPs in the Commons that Mr Johnson was informed at the time that the permanent secretary had taken the necessary action so there was “no issue” about him remaining as a minister.

Mr Ellis added: “Last week, when fresh allegations arose, the Prime Minister did not immediately recall the conversation in late 2019 about this incident.

“As soon as he was reminded, the No 10 press office corrected their public lines.”

Senior Tory William Wragg said that ministers should consider how long they were prepared to ared carry on supporting the Government. He told the House: “I would ask them to consider the common sense of decency that I know the vast, vast majority of them have and ask themselves if they can any longer tolerate being part of a Government which, for better or worse, is widely regarded of having lost its sense of direction.”

The row forced the hand of Mr Javid and Mr Sunak after eight months of sleaze allegations that have left the Government ricocheting from crisis to crisis.

Soon after, the Prime Minister was hit with allegations about partying in Downing Street during lockdown.

Mr Johnson and Mr Sunak were later both fined by police for breaking their own rules and top civil servant Sue Gray’s report into gatherings at No 10 made for bleak reading.