Mr Miliband criticised the Prime Minister and the UK Government for considering breaking “international law” as an option. During his statement in the House of Commons, the former Labour Party leader stated “I don’t know why he is rolling his eyes” in regards to Boris Johnson.

Mr Miliband said: “I say to the Prime Minister while I have been part of many issues of contention across this dispatch box, I never thought respecting international law would be in my lifetime a matter of disagreement.

“I stood opposite the Prime Minister’s predecessor, David Cameron as leader of the opposition for five years.”

He then spotted Mr Johnson’s facial expression and said: “I don’t know why he is rolling his eyes.”

The Labour MP continued:”I disagree with him profoundly on many issues but I could never have imagined him coming along and saying we are going to legislate to break international law on an agreement we had signed  less than a year earlier as a country. 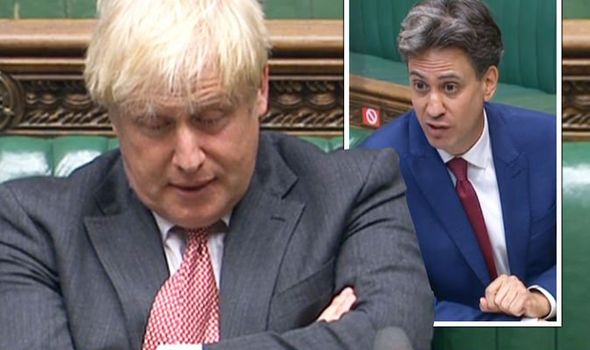 “That is what this bill does in the Government’s own words.”

Tags: boris john, ctp_video, headlines
You may also like
Recent News:
This website uses cookies to improve your user experience and to provide you with advertisements that are relevant to your interests. By continuing to browse the site you are agreeing to our use of cookies.Ok