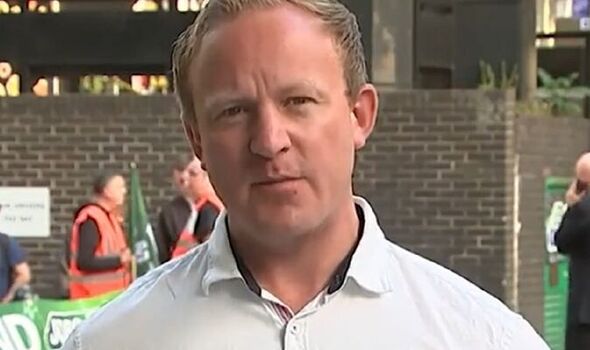 The shadow minister gave a series of media interviews as he showed his solidarity with rail workers on strike over pay outside Euston station this morning.

He gave his backing to the workers despite millions of Britons suffering travel chaos due to the industrial action.

Sir Keir had warned his frontbench team just yesterday that they were not to join with those striking.

But in a show of defiance, Ms Tarry claimed he had “100 percent confidence that “any Labour party MP would be in support of striking workers”.

“If we don’t make a stand today, people’s lives could be lost,” the Ilford South MP said this morning.

“Some of the lowest-paid workers are on strike today in the rail industry, safety-critical workers, workers who make sure our railways get people to work and do so safely.”

He also suggested Labour would give striking workers at least an inflationary pay rise if in power, despite the party having never set out such a position before.

A Labour Party spokesman tonight confirmed that Mr Tarry had been removed from his role for appearing on the picket line and for giving his unapproved media appearances.

They said: “The Labour Party will always stand up for working people fighting for better pay, terms and conditions at work.

“This isn’t about appearing on a picket line.

“Members of the frontbench sign up to collective responsibility.

“That includes media appearances being approved and speaking to agreed frontbench positions.

“As a government-in-waiting, any breach of collective responsibility is taken extremely seriously and for these reasons Sam Tarry has been removed from the frontbench.”

In total, some 40,000 members of the RMT and TSSA unions are thought to have walked out today, forcing around half of Britain’s rail network to close.

Train companies have been operating a much-reduced timetable and some parts of the country having no rail service at all.