Mr Wootton asked the public their thoughts on Monday about Boris Johnson’s resignation and which Tory leadership candidate they would prefer to take on the role of Prime Minister.

The people in Eastbourne were dressed to enjoy the sun they were interviewed on Eastbourne pier.

Upon being asked about the potential future leader of the Conservative Party and Britain’s next PM, many reiterated their support for ousted Johnson.

One man, dressed in a blue Hawaiian shirt with sunglasses, said he still supported Boris Johnson. 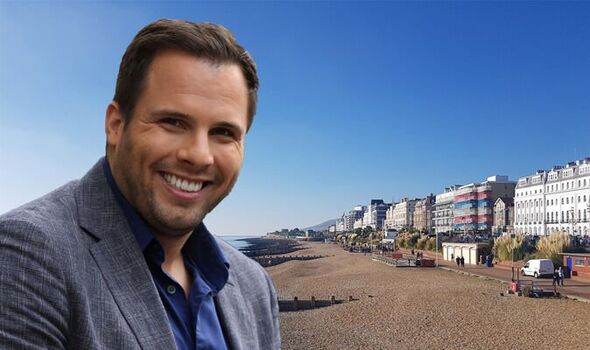 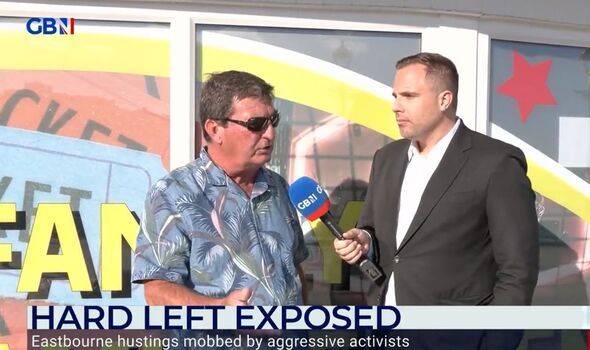 Mr Wootton asked a group of elderly beachgoers who they wanted to be the next Prime Minister.

The group replied “neither!”, but when the host asked if they liked Boris, they said in unison: “Yes! We love Boris!”

One woman, dressed in a black floral dress added: “I thought Boris was lovely. He was a people person, he had messy hair. He was just down for it, wasn’t he?”

A man in a dark blue shirt continued: “I don’t think they should have gotten rid of the existing leader. It’s for the general public to decide who is Prime Minister not a bunch of Tory MPs.” 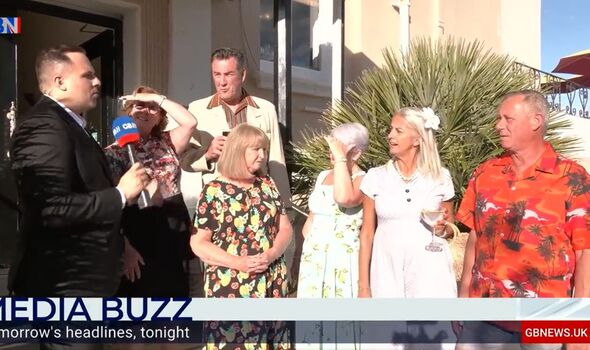 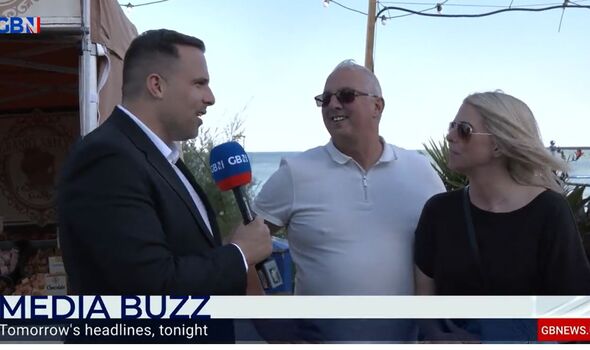 One woman’s response slammed Rishi Sunak as she said: “I like Truss because she didn’t stab Boris in the back, did she?” to which Mr Wootton enthusiastically replied, “Oh my god I agree!”

Another also expressed her dislike for Suank and said she predicted his leadership campaign.

Mr Wootton responded: “He’s been a little ambitious, hasn’t he? I didn’t like how Rishi backstabbed Boris.”

The women described Mr Sunak as “snakey” to which Mr Wootton replied “Snakey Sunak! Oh, we’ve just come up with something!” 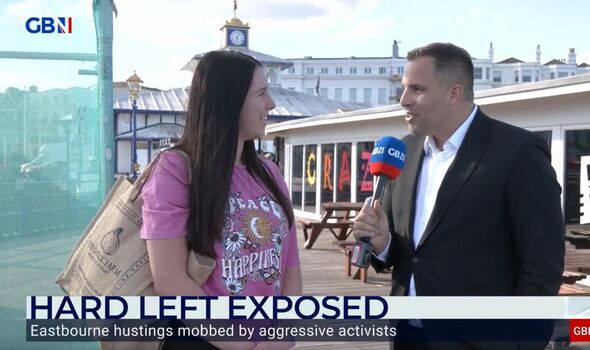 The interviews come at a time Conservative voters have received their ballot papers to decide who will be the next Prime Minister.

The vote is not open to the general public and only members of the Conservative Party can vote.

Both Truss and Sunak have less than one month of campaigning left, as the ballot will close at 5:00 pm on September 2 and the winner will be revealed on September 5.

Mr Johnson will have to officially resign once a successor has been chosen and must hand his resignation to the Queen at Buckingham Palace.

Until then, he will continue to represent the UK while abroad and make public appointments.