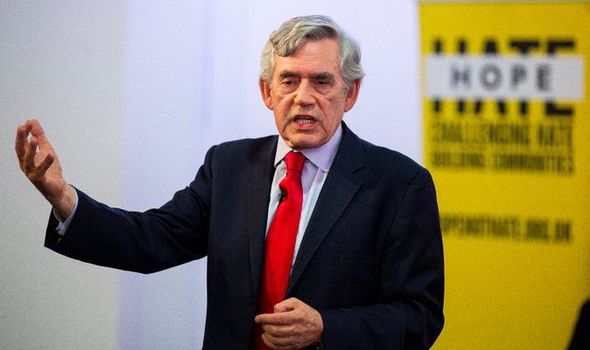 The call by Peace and Social Justice UK (PSJ UK) comes after a group of schoolgirls and their female teacher were kidnapped this week by Islamist terrorists.

The episode has a chilling echo of the Chibok abduction of nearly 300 girls by Boko Haram which sparked worldwide protests six years ago.

The charity hopes that Mr Brown can use his role as a UN special envoy for global education to bring some influence to bear in the country.

It has also recently called for targeted sanctions against groups and individuals in Nigeria with claims that 100,000 Chritians have been murdered there in the first two decades of this century.

The latest outrage took place as the pupils were sitting their exams at a school in Kaduna state, northwest Nigeria.

The gunmen rode into the village on motorcycles, shooting sporadically and abducted seven students, a female teacher, Christiana Madugu, and some villagers.

Suspected Fulani militia – responsible for multiple atrocities in the Central Belt of Nigeria –  killed a young man, Benjamin Auta, whose house is close to the school and also burnt down the community’s Baptist church.

According to reports, the villagers, however, pursued them into the bush and rescued some of the students, but the abductors escaped with four girls plus Miss Madugu. 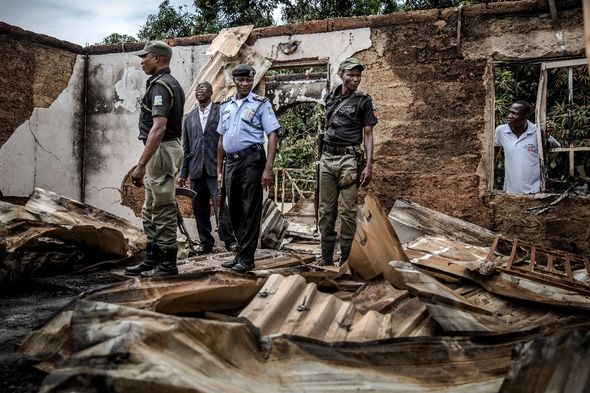 The savage attack earlier this week took place at Prince Academy School in the early morning where the pupils had gathered to sit the Junior School Certificate Examination in Damba-Kasanya village in Chikun local government area.

First-hand evidence of the assault has been submitted to human rights charity PSJ UK, which is campaigning for the UK and other Western governments to pressurise the Nigerian regime into defending its population against a mounting Islamist insurgency known to have claimed the lives of 100,000 people, largely Christian, over the last 20 years.

PSJ has requested Mr Brown, speak out against sectarian attacks on children, teachers and schools.

It leaves the UN’s global education for all agenda in peril. 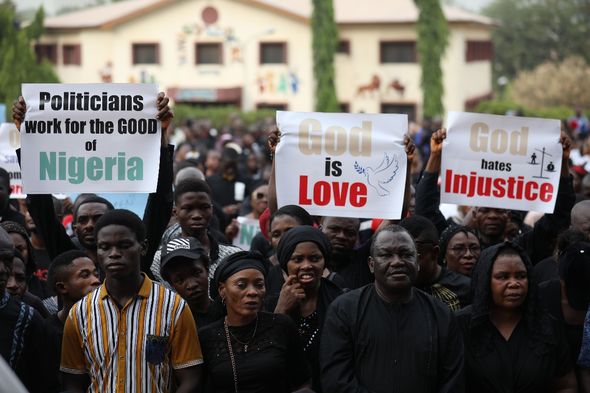 Nigeria’s Federal Government has recently opened up schools after the COVID-19 pandemic so that graduating students could sit their final exams.

Three in five UK adults say that they support imposing sanctions on individuals who have been held responsible for human rights abuses (58 per cent), similar to those imposed on some Russians following a new British sanctions regime being rolled out.

Two in five (39 per cent) UK adults expect the UK to speak out against violence towards Christians in Nigeria.

Since the Bishop of Truro’s full report on Christian persecution around the world, commissioned by former Foreign Secretary Jeremy Hunt and the FCO, interest in the cause is rising fast among UK political actors. The APPG on International Freedom of Religion or Belief recently published a well-received report highlighting the growing atrocities taking place in Nigeria on a daily basis.

PSJ UK Chief Executive Ayo Adedoyin, who recently submitted evidence to a House of Lords Inquiry into sub-Saharan Africa, said: “These tragic abductions point to a deep, deep problem in Nigeria. My fear is that unless action is taken to stabilise a fast deteriorating security situation, Nigeria will be plunged into civil war.

“Six years on from the brutalisation of Chibok’s girls, and three years from the tragedy at Dapchi, Nigeria and the international community have clearly not learned many lessons. It is increasingly clear that the Islamists slowly taking over West Africa do not negotiate. Prevention is the better strategy to follow than cures and concessions.

“PSJ UK demands that Gordon Brown continue his work on global education by visiting Nigeria and exploring the connection between educational inequality and political insecurity. Often it is Nigeria’s poorest and most vulnerable, many of them Christians, who have suffered from a lack of educational opportunities because of violent Islamism.

“For too long, Nigeria’s Christians have been silently slaughtered. Their cries have been ignored by the mainstream media and political establishment, both in Nigeria and across the Western world.

“There will be no peace in Africa until Nigeria, the continent’s largest economy and breadbasket of the future, can defend each of its citizens, particularly the most vulnerable. While we cannot underestimate the threat of COVID-19, it is undeniable that Islamic terrorism has posed a bigger threat to Nigerian society at the start of 2020.”