Both the Oxford/ AstraZeneca and Pfizer vaccines cause a “significant reduction” in infections, studies show. Health Secretary Matt Hancock called the findings “exciting” and “extremely good news”. Hopes of beating coronavirus were boosted as Jonathan Van-Tam, the Deputy Chief Medical Officer, said the Public Health England research raised hopes of a “very different world in the next few months”. The analysis will be seen as another stunning vindication of the UK’s vaccine rollout.

Now 20.3 million first jabs have been given – compared with a far slower mass vaccination programme in mainland

A further 104 deaths with Covid were announced yesterday, the lowest daily figure since October.

Cases have almost halved in a week to the least since September – 5,455 were recorded yesterday.

The wave of positive results will boost the chance of lockdown ending by June 21.

Other key findings of the initial study on vaccines, which has yet to be reviewed by other medical experts, showed the Pfizer jab leads to an 83 per cent reduction in deaths from coronavirus. 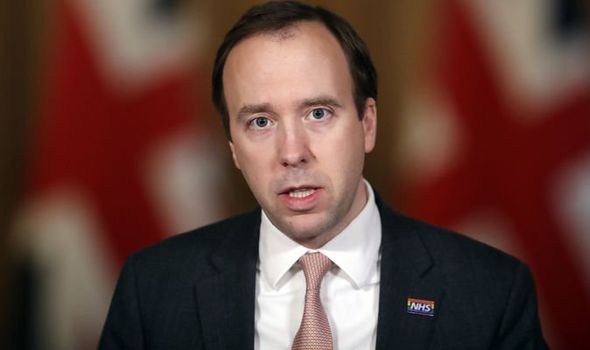 Protection against symptoms in over-70s four weeks after first jabs ranged from 57-61 per cent for Pfizer-BioNTech and 60-73 per cent for the Oxford/AstraZeneca vaccine.

Mr Hancock said that “a single shot of either the Oxford/AstraZeneca vaccine or of the Pfizer vaccine works against severe infection among the over-80s with a more than 80 per cent reduction in hospitalisations.

“The protection that you get from catching Covid 35 days after a first jab is even slightly better for the Oxford jab than for Pfizer, albeit both results are clearly very strong.”

This “may also help to explain why the number of Covid admissions to intensive care units among people over 80 in the UK have dropped to single figures in the last couple of weeks,” he added.

“The vaccine is helping both to protect the NHS and to save lives.”

Mr Hancock warned that while the number of new cases was falling, the rate of decline has slowed. 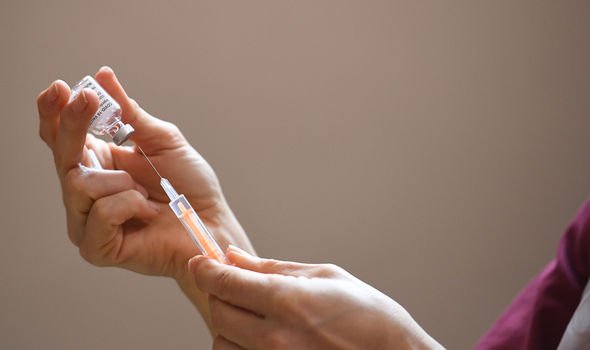 He urged: “Keep sticking to the rules, let’s not blow it now.”

Prof Van-Tam said the study “gives us the first glimpse of how, if we are patient and we give this vaccine programme time to have its full effect, it is going to hopefully take us into a very different world in the next few months.”

He added: “But we have to be patient. We have to push on with the vaccine programme.”

The study tracked the effectiveness of the vaccines on more than 7.5 million people aged 70 and over in England.

On top of the protection against symptomatic disease, people who had been inoculated with one dose of the Pfizer vaccine had an additional 43 percent lower risk of emergency hospital admission.

There was also an additional 51 percent lower risk of dying, according to the study.

Patients who had been vaccinated with one inoculation of the Oxford/AstraZeneca vaccine had an additional 37 percent lower risk of subsequent emergency admission to hospital.

Dr Mary Ramsay, Public Health England’s head of immunisation, said of the study: “This adds to growing evidence showing that the vaccines are working to reduce infections and save lives.

“While there remains much more data to follow, this is encouraging and we are increasingly confident that vaccines are making a real difference.

“Protection is not complete and we don’t yet know how much these vaccines will reduce the risk of you passing Covid-19 on. 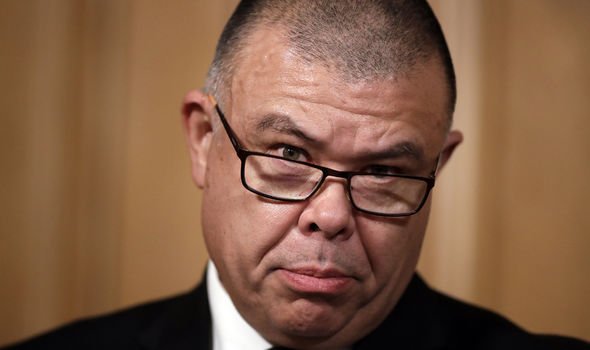 Hygiene “Even if you have been vaccinated, it is really important that you continue to act like you have the virus, practise good hand hygiene and stay at home.”

Figures showing that a further 104 people had died within 28 days of testing positive for Covid-19 took the total UK death toll to 122,953.

But yesterday’s figure was the lowest daily toll for four months, since October 26, when there were 102 deaths.

Another 815,816 were second doses – an increase of 19,684 on figures released the previous day. Vaccine Minister Nadhim

Zahawi pledged yesterday that March would be a “very big month” for the vaccine rollout which could double in speed over the following three months. 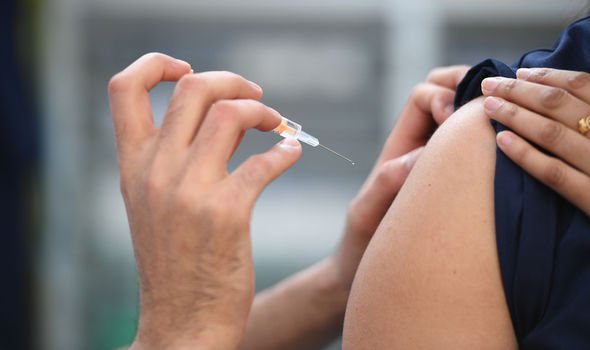 The mass vaccination programme was slowed down last month as manufacturers found it tough to keep up with the demand from the NHS.

Tens of millions of jabs will be available from this month in a drive to help Britain end lockdown.

It is hoped that everyone in the UK who is aged over 50 – half the population – will have been offered a jab by April 15.

By the end of July, every adult in Britain should have received their chance of having a vaccination.

Mr Zahawi said in an interview on BBC Breakfast: “March will be a very big month for us.

“We’re probably going to be [injecting at] twice the rate over the next 10 weeks as we have done over the past 10 or 11 weeks.”

So far, 20 million people in England have been vaccinated.

If the programme accelerates, not only will those who had their first jabs in December and early January receive their second jab but there would be more opportunities to give doses to another 20 million people.

Mr Zahawi said: “We have already been for over 10 days reserving second doses.You have seen the numbers tick up of second doses – yesterday I think we were at 800,000 second doses.

“And in March you will see that number increase even more, because obviously those who had the first dose in January will be getting their second dose.

“The NHS have got all the protocols in place to deliver that, as well as of course continuing to do the first dose,” he added.

It is understood that Mr Zahawi was referring to people who had their jab before January or during the first week of the year due to the 12-week gap between injections.