Leader of the SNP in the House of Commons, Ian Blackford has been ridiculed after a gaffe he made during his speech in the House of Commons. At the beginning of his speech to Boris Johnson in PMQs, he said Joe Biden had become President of North America instead of the United States of America. The SNP leader quickly faced mockery for his gaffe with many viewers taking to Twitter.

Mr Blackford said: “I wish to send my best wishes to Joe Biden and Kamla Harris on winning the election in North America and I look forward to the leadership they will show.

“Leadership on issues of climate change and the issue of fighting back against coronavirus amongst other things.”

Mr Blackford then faced a barrage of mocking comments made by viewers on Twitter.

One Twitter user joked: “Well according to Bunter Blackford Joe Biden is the next President of North America.

DON’T MISS: SNP’s Ian Blackford ridiculed for ‘you lost, get over it’ Trump attack 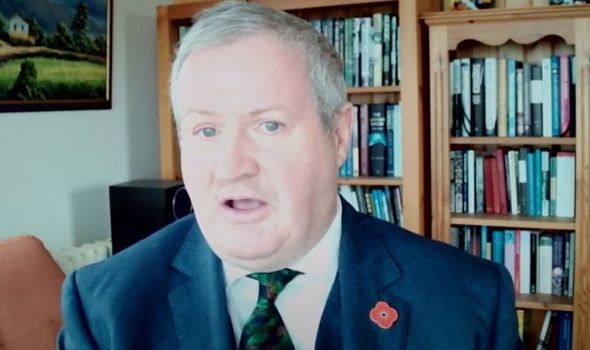 “Anyone told the Canadians?”

“Probably some news to the people of Canada.” “News to them!’

Another mockingly wrote: “Ian Blackford there congratulating Joe Biden on winning the election in North America, Canadian will be shocked.”

While another commented: “What is this country called North America, Ian Blackford?

“I can’t locate it on the map.

“Are you promoting some sort of plan for one nation (USA) merging with another (Canada) to make some of Union maybe?

“I thought Scottish nationalists were against such things.”

Another furious Twitter user added: “Ian Blackford on your PMQ points, the election of Biden and Harris was for the United States of America.

“It was NOT for North America as you stated.

“I think millions of Canadian and Mexicans would object to that comment.”

Tags: ctp_video, headlines, i, POLITICS
You may also like
Recent News:
This website uses cookies to improve your user experience and to provide you with advertisements that are relevant to your interests. By continuing to browse the site you are agreeing to our use of cookies.Ok