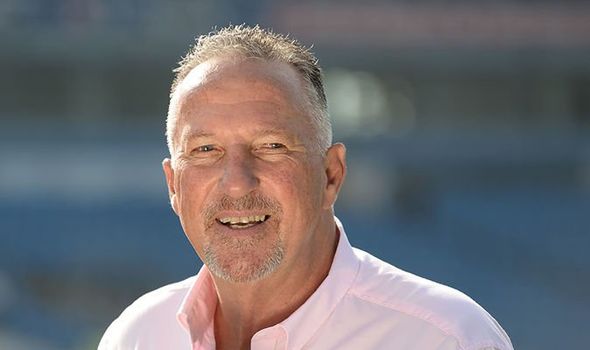 Lord Botham, who is nicknamed Guy the Gorilla in Oz due to his physical approach to the sport, said he was honoured to become envoy to a “country that I love”. The former England captain is well known among Aussies for his heroics in the 1981 Ashes series.

After retiring from cricket he worked with vineyards in Australia to launch his own range of wines.

Liz Truss, International Trade Secretary, said: “Ian will bat for British business Down Under and help them seize the opportunities created by our historic trade deal.

“He’ll do a brilliant job.”

Earlier this year, the Government struck a major trade deal with Australia that marked Britain’s new direction in the world after Brexit.

George Brandis, Canberra’s high commissioner to the UK, said: “Australia looks forward to welcoming Lord Botham Down Under ‑ and to working with him to strengthen the trading links between our two countries.”

Lord Botham is one of 10 unpaid envoys appointed to boost British business in “dynamic” markets such as Brazil and Canada.

Tags: celebrities, entertainment, head
You may also like
Recent News: