Liz Truss has seen her candidacy coming under question because of her siding with former Prime Minister David Cameron and campaigning against Brexit in 2016.

The Foreign Secretary was put on the spot as ITV News journalist Julie Etchingham asked Tory leadership candidates to put up their hands if they voted in favour of Brexit, leaving only Ms Truss and Tom Tugendhat with their hands down.

She was forced to defend her position, insisting she had shown with her work since the referendum she had accepted and embraced the results of the referendum.

Ms Truss cited the international trade deals she struck with countries outside of the EU as a sign of her commitment to deliver for the people of Britain. 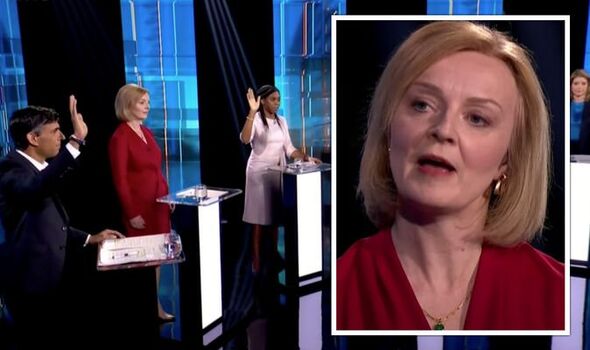