Democrats 'can project their hopes' on Meghan Markle says expert

According to the Democracy Institute/Express.co.uk tracker poll, the California-based Duchess of Sussex is the second most popular choice among women to run for the Democrats in the 2024 Presidential election. Most commentators believe she will be up against a resurgent Donald Trump who, according to the poll, would easily beat the Royal spouse.

The shocking findings of the poll show that voters, including Democrats, appear to have had enough of the Biden administration with 56 percent believing Trump was a better President, 58 percent disapproving of his overall record, 65 percent angry about his handling of the economy and 68 percent believing he will not be reelected.

Another finding shows that 57 percent believe he is incompetent.

Even Speaker Nancy Pelosi, a senior Democrat, ignored him when he told her not to visit Taiwan last week.

It is expected the Democrats will pick a woman candidate next time and, according to the poll, Michelle Obama is a long way ahead on 41 percent. 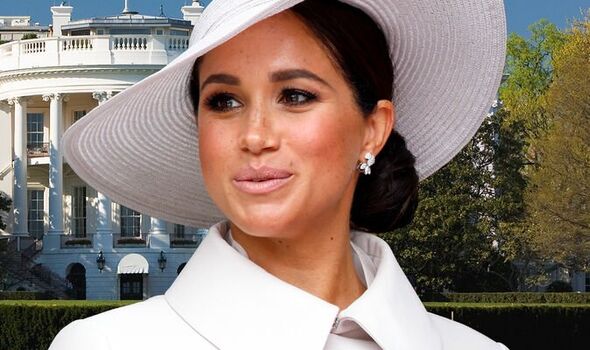 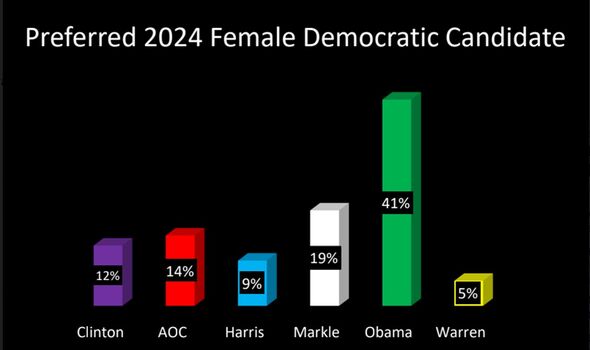 A source close to Donald Trump has told express.co.uk the former President expects Ms Obama to make a bid for the White House, but experts have suggested she isn’t interested.

However, a clear second on 19 percent, even though she has not entered politics formally is Meghan Markle who is well ahead of more established rivals.

She is 10 points ahead of the increasingly unpopular Vice Preisdent Kamala Harris who only polls nine percent among Democrats after a series of gaffes, not least her handling of the border crisis in the south with Mexico. 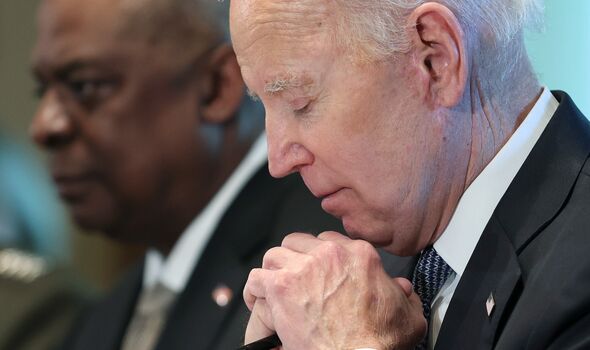 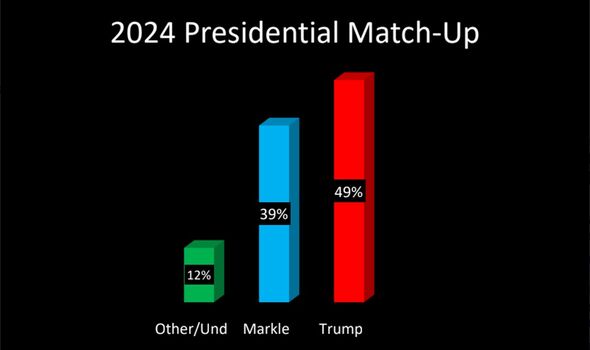 Ms Markle – who has been the subject of a social media trend “Princess Henry” this week because of her marriage to Prince Harry – has hinted that she would like to make a run for the Presidency making her potentially the second actor to enter the White House after Ronald Reagan in 1980 to 1988.

And with one in five Democrats already on board with a Markle Presidency before even declaring a formal interest she has a foundation to make a strong bid.

However, if it came to a contest between her and Mr Trump she would lose badly by 49 points to 39, according to the poll.

She would fare better than Ms Harris who would only pick up 38 percent of the vote against Trump.

The two infamously clashed when she refused to meet Trump when he had an official visit to the UK including dinner with the Queen.

He later said he felt “sorry for Prince Harry” for being married to the Duchess. 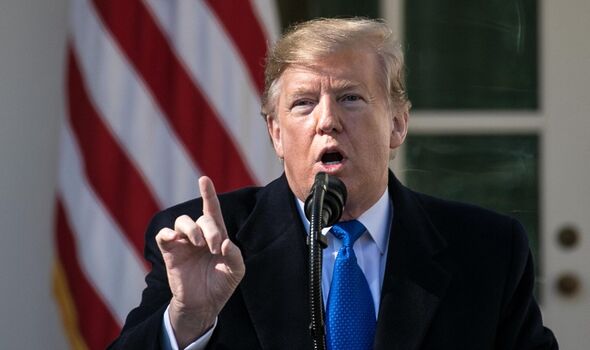 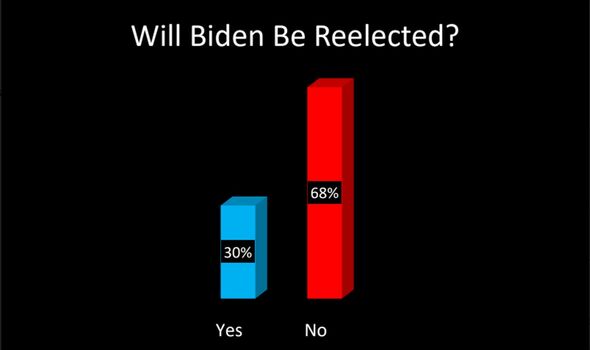 Speaking to Express.co.uk in a recorded interview, Patrick Basham, Director of the Democracy Institute, explained that Ms Markle was a candidate Democrats could “pin their hopes on”.

He said: “Megan Markle is a candidate Democratic voters can project their hopes and preferences on.

“Although those who have a sense for politics know that she is of a woke, progressive, left liberal disposition, we don’t know what she thinks in detail on a wide range of issues.

“That doesn’t matter for most people.” 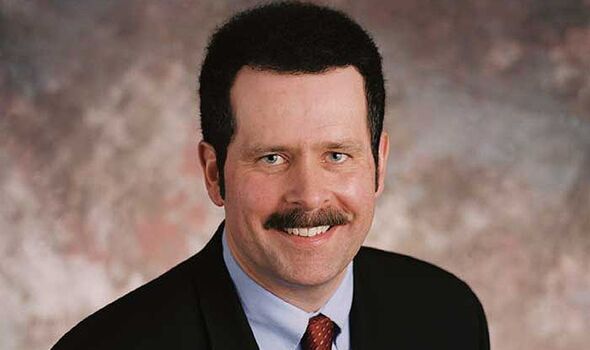 He went on: “Among Democrats she is young, female, attractive, bi-racial. She has a certain perzaz because of her celebrity status and all of that.

“She benefits from that being the fresh face and also by comparison with her would be competitors.

“With the exception of Michelle Obama the other females that we have polled on, potential contenders, they are all pretty much well known and their downsides are well known.

“There is nothing to make them stand out in the way Markle does.

“When we do the run off with Trump she still polls as well as the others and better than Kamala Harris.”

Field work for the poll was conducted between August 2 and 4 2022, consisting of registered Democrat 35 percent, Republican 33 percent and Independent 32 percent.