The negotiations have entered that most excruciating of phases: tantalizingly close to an agreement, but with none in hand. And patience is wearing thin. 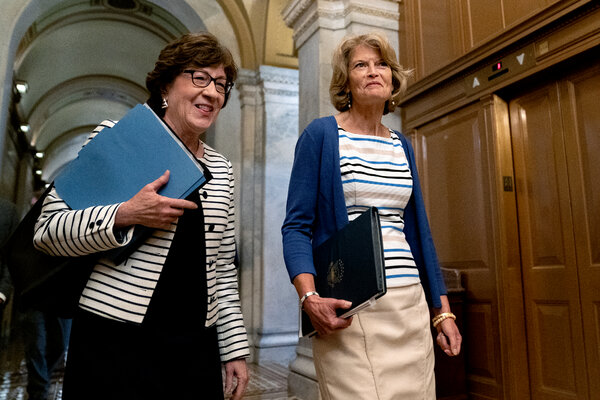 WASHINGTON —  A key Republican senator grumbled publicly that Democrats were not being responsive enough. One aide anonymously described a litany of unresolved disagreements, while another privately put out a list of broken promises. And former President Donald J. Trump weighed in from afar, urging Republicans to walk away from the talks, lest they be played by Democrats as “weak fools and losers.”

Nearly five weeks after President Biden and a group of Republican and Democratic senators triumphantly announced that they had risen above the polarization gripping Washington to agree on a framework for an infrastructure deal, there was trouble in bipartisan paradise on Monday as their agreement appeared to teeter on the brink of collapse.

With just two weeks left before a scheduled monthlong August break, the efforts of the bipartisan group to translate their plan into a detailed bill had reached that most excruciating of stages: tantalizingly close to an agreement but with none in hand. And patience was wearing thin.

Senator Susan Collins, Republican of Maine and a key negotiator, said she believed the deal would “ultimately” get done. “But it’s painful,” she added.

Having already dangled the possibility of delaying the recess as a motivational threat, Senator Chuck Schumer, Democrat of New York and the majority leader, warned colleagues about the prospect of working through the weekend. He has said he intends to hold votes before the August break on both the nearly $600 billion infrastructure deal and a $3.5 trillion budget blueprint set to carry much of the rest of Mr. Biden’s economic agenda.

The mood on Capitol Hill was grim, as private policy disagreements turned into public finger-pointing between the two parties. And a group that had been held up just days ago as the best chance for bipartisan success in a divided Congress was itself veering into dysfunction, with many senators tired of negotiating.

Perhaps it was an indication that the talks were just about to yield fruit, wallowing in the darkest moments of disagreement before a dawn when negotiators would work it all out. But it seemed just as likely they were headed toward collapse, confirming the expectations of legions of skeptics.

Tags: Infrastructure;pub, US Politics
You may also like
Recent News: