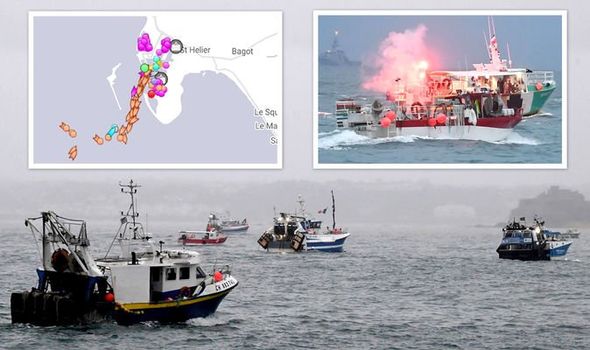 Dozens of French fishing boats have arrived at the port of St Helier this morning.

Two Royal Navy vessels are also patrolling waters around the Channel Island after being sent by the UK last night.

HMS Severn and HMS Tamar have been deployed to “monitor the situation”, as reports suggest as many as 100 French fishing vessels could protest at the port over the lack of access.

French maritime minister Annick Girardin warned on Tuesday that the country was ready to take “retaliatory measures”, accusing Jersey of dragging its feet over issuing new licences to French boats.

Prime Minister Boris Johnson spoke to Chief Minister of Jersey, Senator John Le Fondre, and the Minister of External Affairs, Ian Gorst, on Wednesday, and “underlined his unwavering support” for the island.

France, which provides 95 percent of Jersey’s electricity through three undersea cables, has warned it could cut off power to the island in retaliation to the fishing fall out.

A Ministry of Defence spokesman said: “HMS Severn and HMS Tamar are deploying to Jersey to conduct maritime security patrols.

“This is a strictly precautionary measure and has been agreed with the Jersey Government.”

A Downing Street spokesman added: “The Prime Minister and Chief Minister stressed the urgent need for a de-escalation in tensions and for dialogue between Jersey and France on fishing access.

“The Prime Minister underlined his unwavering support for Jersey.

“He said that any blockade would be completely unjustified.

“As a precautionary measure the UK will be sending two offshore patrol vessels to monitor the situation.

“They agreed the UK and Jersey Governments would continue to work closely on this issue.” 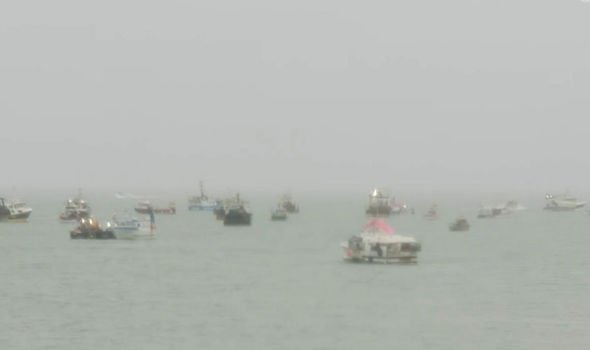