Alex Salmond 'is not a popular politician' says John Curtice

Sir John Curtice says recent strong polling for the Conservatives suggests that Sir Keir Starmer is facing a “very, very sticky wicket” and argues that Labour will struggle to win over voters in parts of the country that voted for Brexit. Labour is fighting to stop the Tories winning Hartlepool for the first time in the by-election since the founding of the constituency and Sir John said the race is “close”. It may well hinge on how voters who backed the Brexit Party in 2019 decide to vote this time.

However, he predicts Conservatives will have a hard time in Remain-voting areas and there is no expectation that the Tories’ Shaun Bailey will win the race for Mayor of London.

He said: “The Tories will struggle in Remain-voting Britain. Even if Labour do no worse than they did in 2019 amongst Leave voters, they will lose ground in Leave-voting Britain…
“The counterpoint to that is London is a walkover [for Labour]. London is now a one-party state and the Tories are now desperately weak in London in the wake of Brexit.”

Sir John was speaking before the publication of a Survation poll putting the Conservatives on 39 percent and Labour just a point behind on 38 percent when it came to voting intention in a general election, but he said the strong lead shown by the Tories in other polls indicated “Keir Starmer is facing a very, very sticky wicket”.

He also expects a “constitutional clash” is on the way with pro-independence candidates heading for a majority in the Scottish Parliament. He anticipates the SNP and the Greens winning more than 70 of the 129 seats and this would put a second independence referendum firmly on the political agenda. 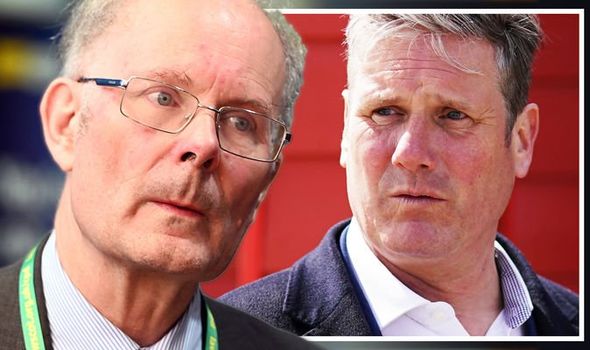 He said: “There will be a constitutional clash at some point… They don’t necessarily want a referendum in the next two years but they definitely want one in the next five.

“There’s virtually nobody who disagrees with that… The question we’re all asking ourselves is whether the SNP can get a majority on their own.”

An outright win by the SNP would make it harder for the UK Government to refuse a referendum.

Sir John said: “British political practice tends to be that if a single party gets a majority we tend to think it’s got the right to implement its manifesto.”

He is not surprised at the failure of Alex Salmond’s Alba to take off in the polls. 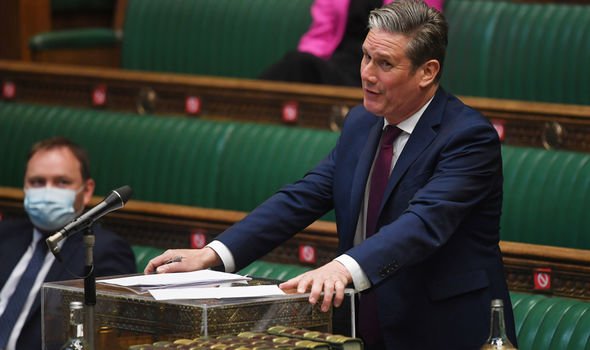 When asked what had gone wrong for Alba, he said: “The answer to that question is Alex Salmond… It’s only around 10 percent of people or so who think favourably towards Alex Salmond.

“He is by far and away the most unpopular politician in Scotland.”

The University of Strathclyde professor said the Conservatives looked on course to be the second biggest party in the Welsh Parliament but said they faced competition from the Abolish the Welsh Assembly Party among others.

He said: “There’s an overlap between devoscepticism and euroscepticism in Wales.”

After the last election to the Senedd in Cardiff Bay, Labour gave the education portfolio to the sole Liberal Democrat. If the Lib Dems fail to win a single seat and Labour is short of an outright majority, Sir John will not be surprised if it comes to “some kind of understanding” with pro-independence Plaid Cymru.