Sir Keir Starmer joined BBC Radio 5’s Nicky, Campbell as the Labour leader looked to set out his credentials as a future Prime Minister. Sir Keir faced a tough grilling from callers, including a Labour member, James from Huddersfield, who argued the party should be less “timid” and look again at policies promoted under the leadership of Jeremy Corbyn.

The caller said: “You’ve worked hard to show and been very clear that the Labour Party has moved on from the leadership of Jeremy Corbyn and is under new management.

“I understand your reasons for doing so, however, regardless of how unpopular the party leader was the 2017 Labour manifesto which you stood on had some strong, progressive and fully costed policies. Which were polled as being very popular with the public, even among traditional Conservative voters.”

Pointing to the current cost of living crisis the caller asked Sir Keir: “Why is the Labour party so timid with its policy offer?”

When asked to clarify which policy struck him as timid, James answered: “Our current offer on energy prices, to freeze it for the winter, is to borrow a phrase that has been used a lot recently, kicking the can down the road.” 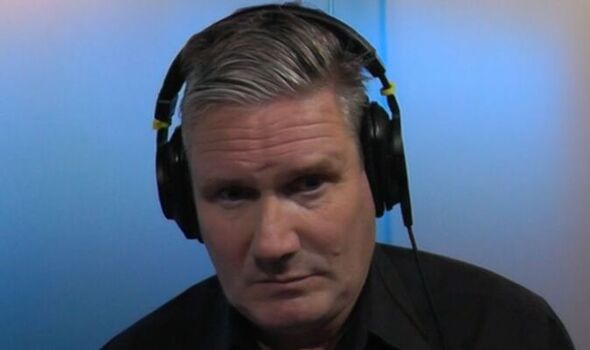