Keir Starmer ridiculed Prime Minister Boris Johnson over his defence of the Greensill lobbying scandal stating “if that was a good point then you’ve got real problems”. He stated to the House of Commons that Mr Johnson’s remarks were getting “weaker and weaker” as it reminded the Labour leader of his time as a lawyer. Sir Kier blasted the PM as ridiculous as the Conservative leader attempted to divert his government’s involvement with Greensill to the Labour shadow defence secretary.

Discussing the Greensill scandal, Sir Keir asked how million-pound loans were made available to Greensill Capital through the Coronavirus Large Business Interruption Loan Scheme and David Cameron’s involvement in it.

But the PM diverted from the question and said: “Mr Speaer while he was prosecuting MPs I was cutting crime in London by 23 percent.

“I don’t wish to embarrass the right honourable gentleman but he doesn’t have far to look – there was one person asking for the Greensill bank to be able to use the coronavirus loan scheme and that was the shadow Defence Secretary.”

Mr Healey claims the move was to protect jobs in his constituency. 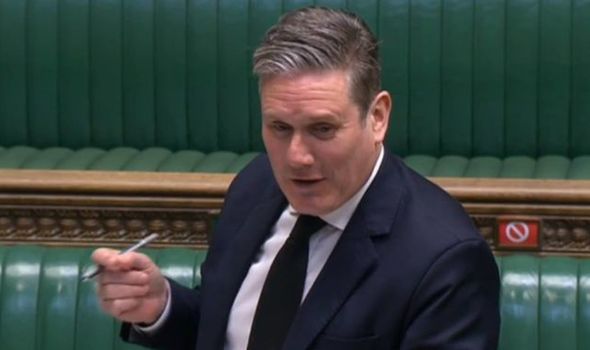 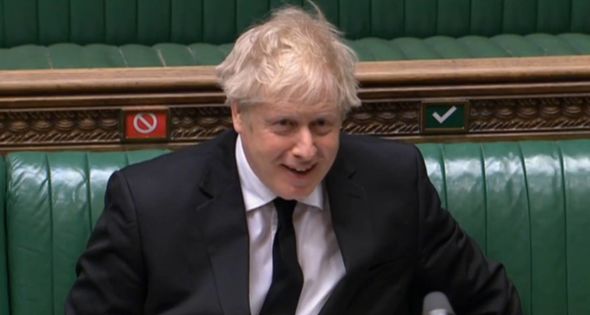 But Sir Keir laughed at the claim and said: “It gets weaker and weaker, it does take me back to my defence days at crown court.

“Just ridiculous, that really wasn’t a good point if you think that was a good point then we’ve got real problems.

“The shadow secretary was speaking for his constituents and for local jobs which is a million miles away from paid lobbyists texting their friends in government.”