Marie van der Zyl, the president of the Board of Deputies of British Jews, will this week meet with Labour leader Sir Keir Starmer amid controversy following the suspension of Jeremy Corbyn from the party. She said: “The once great anti-racist party that was Labour has a lot of work to show that it is able to return to being an anti-racist party. I think this is a good 10-year journey. “We’re only at the beginning of this journey, not the end of it.”

Sir Keir is under pressure to win the confidence of Britain’s Jewish communities following the scathing Equality and Human Rights Commission report which found evidence of “unlawful acts of harassment and discrimination” and “serious failings in leadership”.

Ms van der Zyl stressed there is no “magic answer” to Labour’s woes and that commitments to a zero tolerance approach to anti-semitism must be backed up with determined action.

She also called on trade unions and universities to ensure that anti-semitism in their ranks is rooted out.

The Board of Deputies president said there was “serious concern” about Len McCluskey, the general secretary of the pro-Labour Unite trade union who described former leader Mr Corbyn’s suspension as “unjust”.

She said: “I don’t know what planet he’s on. Hasn’t he seen this report where there are findings of unlawful actions by the Labour party?” 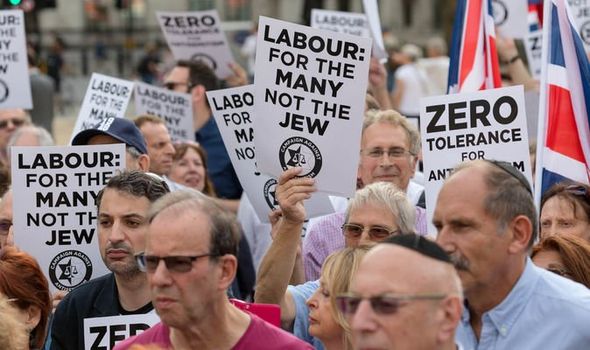 Mr Corbyn’s suspension followed his claim that the scale of anti-semitism was “dramatically overstated for political reasons”. In January, Mr McCluskey had stirred controversy by claiming that opponents of Mr Corbyn “right from the beginning used the anti-semitism issue to undermine him”.

Ms van der Zyl said: “A lot of people on the far left have said that Jews have weaponised anti-semitism… Anti-semitism and anti-Jewish racism hasn’t been weaponised – it’s simply wrong.

“And people need to understand [the] huge hurt that this whole episode has caused the Jewish community and those who consider themselves friends and allies in the fight against racism. We’ve been reassured the new leadership is going to take this seriously but we obviously need to hold them to account to their promises.”

Describing the “pain and the grief of the Jewish community,” she said “[We] never wanted this fight but we had to defend ourselves and we are proud to have done so and we do want to thank all those who stood with us despite the abuse that they received as a result and Keir Starmer has made a good start in tackling the problem but there is [a] long way to go.”

Efforts to rebuild trust, she insisted, must be coupled with a commitment to openness, saying: “We expect to see an independent disciplinary process which is transparent and also that can be audited.”

Labour’s crisis has caused Conservatives to ask if it can be restored as a potential party of government.

Writing in the Sunday Express, Jacob Rees-Mogg, the Leader of the Commons, described the challenges facing Sir Keir, saying: “The ghosts of Labour’s past, its shameful indulgence of anti-semitism, have engulfed him and continue to haunt his steps.

“Alas for Sir Keir, even if he is able expunge his party’s deep-seated racism and atone for the suffering it has caused to the Jewish community, it is indicative of a deeper ill at the heart of his party.

“The Labour party, as bestowed to him by Jeremy Corbyn, is fundamentally at odds with the country it seeks to govern. Labour is ashamed of Britain’s history and abhors to its entrepreneurial culture.” 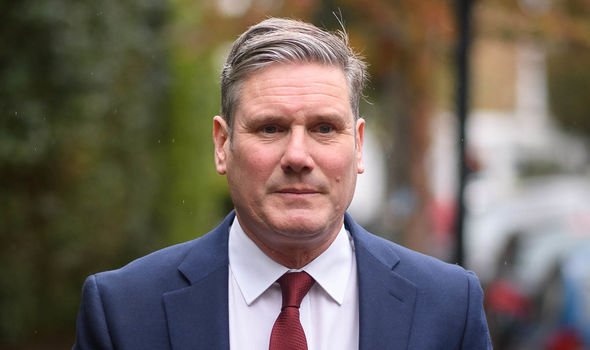 “It may be that there’s a kind of fracture in the Labour party which this time which can’t be mended… It’s hard to see how you can reconcile an increasingly extreme element in the party with the responsibilities necessary to govern the country.”

A Unite spokeswoman defended general secretary Mr McCluskey’s record on opposing anti-semitism, saying: “Len McCluskey and Unite fully understand the role that we can play in helping to rid our society of the evils of anti-Semitism and would appreciate all opportunities to learn from the Jewish community on the contribution that we can and should make in the fight against anti-Semitism.

Len has always said that his door is open to the Jewish community, and would like to take this opportunity to restate that… The publication of the EHRC report ought to have been a moment of reflection and repair for the Labour party and its relations with the Jewish community.

“The unjust suspension of Jeremy Corbyn sadly denied the movement that opportunity while also undermining the unity of our party. Unite and Len McCluskey continue to work to find a better way forward so that the vital recommendations of the EHRC can be implemented in full with the backing and confidence of party members.”