The Liberal Democrats are about to reinvent themselves yet again.

Their fifth new leader in five years will doubtless sound optimistic about the future, but most observers need convincing.

It has been a dramatic slide from being a junior partner in David Cameron’s 2010 coalition government with then leader Nick Clegg serving five years as deputy prime minister. 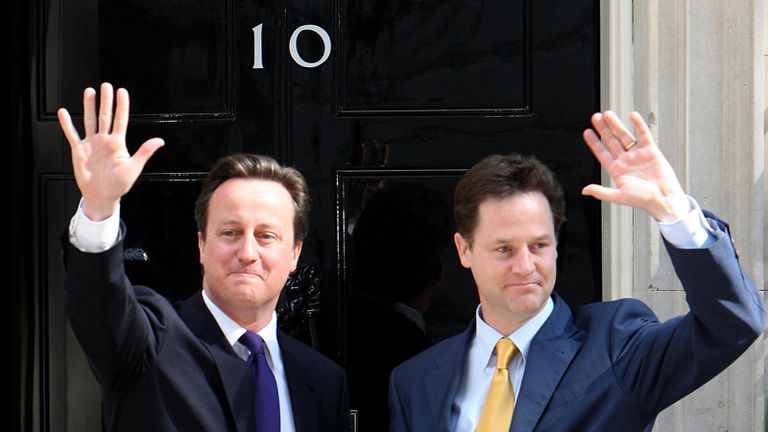 Subsequent leaders (Tim Farron, Sir Vince Cable and Jo Swinson) were fated to lead a party considerably damaged by this dalliance with the Conservatives.

Coalitions mean compromise and for the Lib Dems this meant abandoning its pledge on student fees. Such arrangements are not good for the long-term health of smaller parties.

So it proved, as the fruits of two decades’ worth of campaigning fell into ruin.

At the 1992 general election, the first fought by the Liberal Democrats newly divorced from David Owen’s Social Democrats, the party won almost a fifth of votes and 20 seats.

Riding on Labour’s coattails in 1997, the Liberal Democrats under Paddy Ashdown more than doubled the tally of parliamentary seats to 46 with vote share unchanged.

This improvement in converting votes into seats is crucial in explaining the party’s rise.

Charles Kennedy, built on this legacy, and under his leadership the party tripled its 1992 representation.

Mr Clegg’s party had just won a quarter of votes cast in 2010 and were the difference between a Conservative minority government and stable government.

They might not get another opportunity to govern and the reward might be in replacing Labour in a revised party system.

Local campaigning was the key to Lib Dem success, but a year after entering the coalition the party’s councillors felt the full backlash. Ironically, many of those defeated had captured their seats from the Conservatives in the late 1990s.

For the duration of the coalition, and even beyond, the party’s local government strength eroded.

It was only in May 2019 that the recovery began.

But in December’s general election the party failed to capitalise.

Overall, vote share rose from eight to 12% but the party made a net loss of one seat – Jo Swinson’s troubled leadership ending in her own defeat.

High up the new leader’s agenda will be rediscovering the capacity to convert what voter support it has into MPs and councillors.

The 2019 general election result demonstrates how ineffective the Lib Dem campaign really was.

The key to success in our first past the post voting system lies in converting constituency vote shares above 30% into seats.

There were a further 18 constituencies where the party polled above 40% vote share but even here it won only half of them, with the Conservatives winning the others.

For a small party trying to maximise its support these are disastrous figures.

With the next general election some years away there is time to remedy this.

But there is very little time to restore the party’s credibility before fresh electoral challenges next May.

With many more council seats available because of 2020’s postponed elections there is greater scope for restoring the foundations.

Should the new leader fail in that task then the party might not be thinking about a replacement but rather contemplating its own future.

Tags: DEMOCRATS, leader, Liberal, New
You may also like
Recent News:
This website uses cookies to improve your user experience and to provide you with advertisements that are relevant to your interests. By continuing to browse the site you are agreeing to our use of cookies.Ok