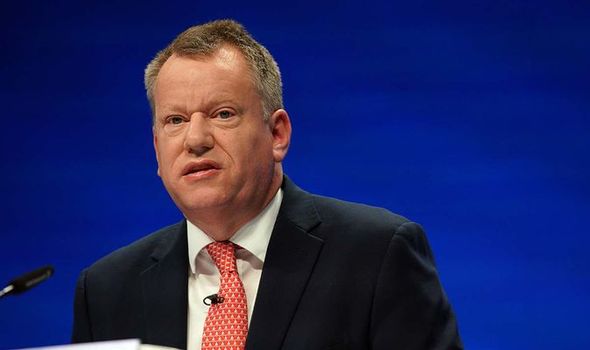 Lord Frost will tell the bloc that an end to the sausage wars is not enough to sort out tensions in the province. The Government wants to strip European courts of its oversight powers in the region – and says the Brexit deal is not sustainable.

The Prime Minister’s official spokesman said the UK signed up to the Northern Ireland protocol in “good faith”and “in the spirit of compromise”, but explained: “Since then we have seen how the EU is inclined to operate the governance arrangements, issuing infraction proceedings against the UK at the first sign of disagreement. We need to find a new way of resolving issues that arise between us, using mechanisms normal in other international treaties.

“It is unheard-of for bilateral agreements being policed by the courts of one of the parties.”

The Northern Ireland protocol allowed the area to remain part of the EU’s single market to keep the Irish border open.

But checks are now made on some products arriving from the rest of the UK and it stops British-made bangers being freely sold in Northern Ireland.

European Commission vice-president Maros Sefcovic will publish his proposals to stop the sausage war tomorrow – but Lord Frost will give a speech in Portugal today to say the EU must go further than this.

He will also produce a legal text this week setting out the “foundation” for a new protocol to support the Good Friday Agreement.

Ireland’s foreign minister Simon Coveney said Lord Frost is “shifting the playing field” away from solving issues around the protocol.

He said: “Each time the EU comes forward with new ideas and proposals to try and solve problems, they are dismissed before they are released, and that’s happening again this week.”

But DUP leader Sir Jeffrey Donaldson said: “It is not acceptable for Northern Ireland to have to accept laws and the jurisdiction of a court over which we have no control.

“How they are governed is very important as there is the potential for future divergence between the UK and the EU – we don’t want Northern Ireland caught in the middle of that.”

Tags: Lord Frost, Northern I, POLITICS
You may also like
Recent News: