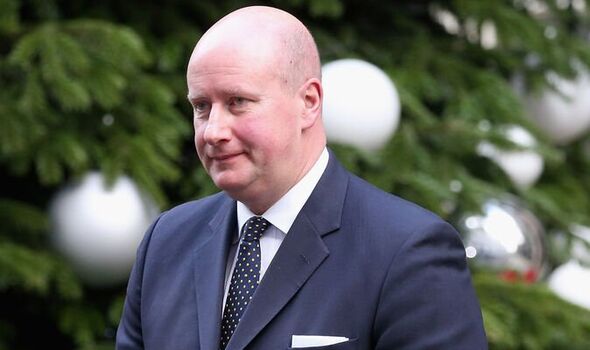 Lord Geidt quit last week, explaining he had been asked to advise on an issue, thought to relate to trade tariffs on steel, which he believed would amount to a “deliberate and purposeful breach of the ministerial code.”

He wrote in his resignation letter: “This request has placed me in an impossible and odious position.”

He also said he had come close to quitting over the Partygate scandal. He is the second Independent Adviser on Ministerial Interests to quit on Boris Johnson’s watch.

His predecessor, Sir Alex Allan, resigned from the role in 2020.

He found she was in breach of the ministerial code but Mr Johnson refused to accept that.

Sir Alex said: “I was surprised and disappointed that Christopher [Lord Geidt] had been put in the position where he felt he had no option but to resign.”

“I have a lot of respect for him and this isn’t a decision he would have taken lightly.”

Last Tuesday, Lord Geidt addressed the Commons Public Administration and Constitutional Affairs Committee and admitted he felt “frustration” over the PM’s response to being fined for Downing Street parties.

But he added his concerns had been addressed.

However, 24 hours later he had resigned. He is said to have already been “pretty unhappy” with Mr Johnson’s attitude to the ministerial code before taking the decision to go.