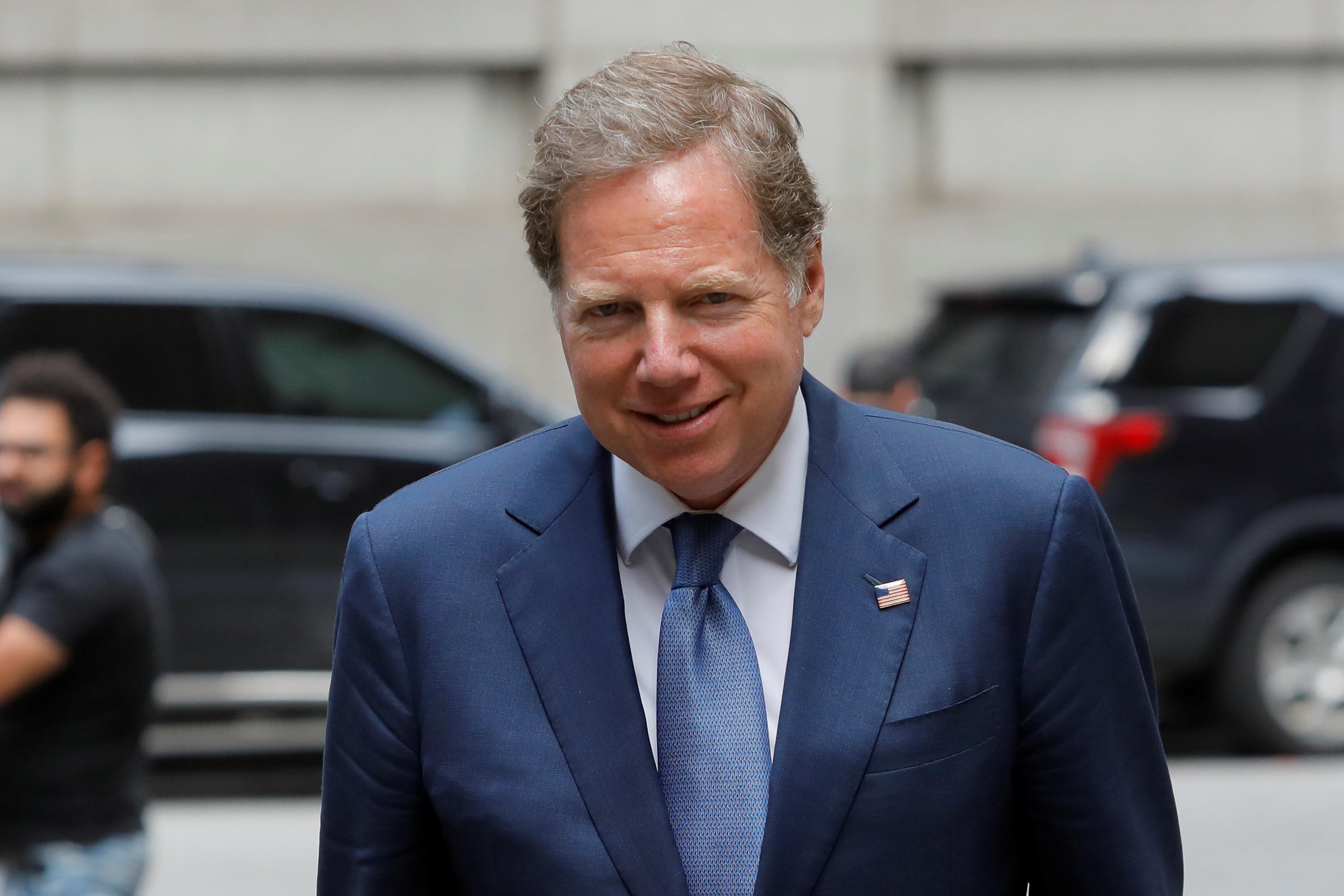 WASHINGTON/NEW YORK (Reuters) – A stand-off between U.S. Attorney General William Barr and Manhattan’s top federal prosecutor Geoffrey Berman ended on Saturday, after Berman agreed to step down from his post as U.S. Attorney for the Southern District of New York following news that President Donald Trump had fired him.

Berman’s departure comes amid an investigation by his office into Trump’s personal attorney, Rudolph Giuliani. It came after Barr said Berman’s hand-picked No. 2, Deputy U.S. Attorney Audrey Strauss, would become Acting U.S. Attorney until a permanent replacement is installed.

Under Strauss’ leadership, Berman said the office could continue its “tradition of integrity and independence.”

The standoff with Berman follows the latest in a series of unusual moves by Barr that critics say are meant to benefit Trump politically and undermine the independence of the Justice Department.

It also comes as Trump has sought to purge officials perceived as not fully supporting him. In recent weeks he has fired a series of agency watchdogs, including one who played a key role in Trump’s impeachment earlier this year.

The row with Berman began late Friday, when Barr unexpectedly announced that Berman was stepping down and would be replaced by U.S. Securities and Exchange Commission Chairman Jay Clayton.

Berman, however, issued a statement of his own, saying he had no intention of stepping down until the Senate confirms his successor, and that his office’s investigations would continue.

On Friday, Barr said he had picked Craig Carpenito, the U.S. Attorney for the District of New Jersey, to serve as Acting U.S. Attorney until Clayton’s confirmation.

But on Saturday Barr back-tracked from that plan, saying in a letter to Berman that Trump had fired him at Barr’s request, and that Strauss would take over in an acting capacity.

Tags: BARR, JUSTICE, Ke, NEWYORK, US, USA
You may also like
Recent News:
This website uses cookies to improve your user experience and to provide you with advertisements that are relevant to your interests. By continuing to browse the site you are agreeing to our use of cookies.Ok