Ms. Fudge faces as tough a task as any cabinet secretary: rebuilding a neglected agency central to the fight against racial inequity and poverty. 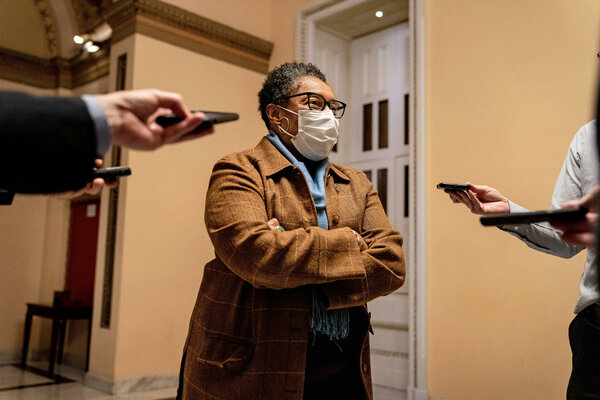 WASHINGTON — Representative Marcia L. Fudge of Ohio was confirmed as secretary of the Department of Housing and Urban Development on Wednesday, becoming the first Black woman in decades to run an agency that will be at the forefront of the Biden administration’s efforts to fight racial inequity and poverty.

Ms. Fudge, a Democratic member of Congress representing the Cleveland area and the former mayor of Warrensville Heights, Ohio, earned the support of all the Senate Democrats and many top Republicans, including that of Senator Mitch McConnell of Kentucky, the minority leader. The final vote was 66 to 34.

For a fleeting moment on Wednesday, her two jobs, in two branches, overlapped: Ms. Fudge voted by proxy in favor of the administration’s $1.9 trillion stimulus bill.

Ms. Fudge was confirmed last month by the Senate Banking Committee by a 17-to-7 vote, with two key Republicans — Tim Scott of South Carolina and Rob Portman of Ohio — supporting her nomination despite their misgivings about her progressive agenda.

In a statement after the vote, Mr. Portman praised Ms. Fudge for tackling “issues of poverty and lack of accessible and affordable housing with compassion,” adding, “She will make Ohio proud.”

Speaker Nancy Pelosi said Ms. Fudge’s confirmation was a “proud day for the Congress and the country.”