The French President urged the Lebanese government to make “profound change” amid accusations that corruption, neglect and mismanagement led to the deadly blast. As the first world leader to arrive in the country, Mr Macron said: “The priority is unconditional aid and support for the population. “We will be there for you and won’t give up on you.”

But he insisted on economic and political reforms as the price for any aid package.

Paris has been calling for Beirut to make significant change to fight corruption.

“If reforms are not carried out, Lebanon will continue to sink.”

This sparked a debate whether the French President should wield as much influence over Beirut. 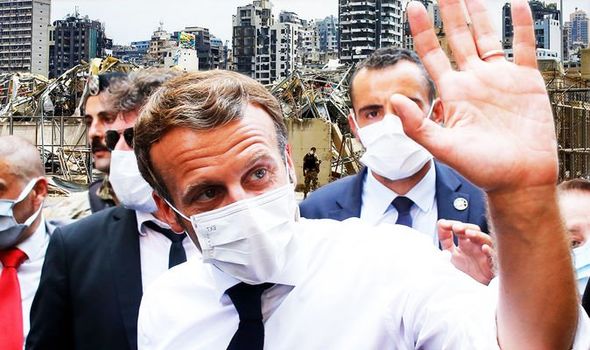 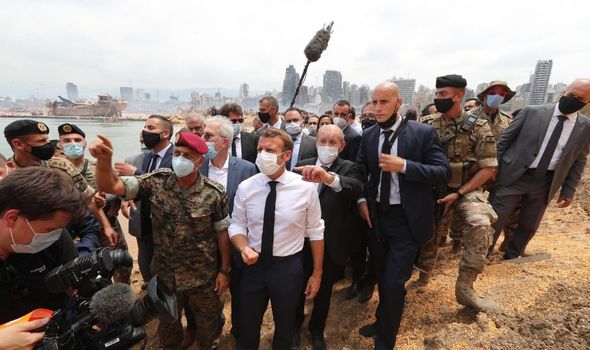 After the end of the First World War, France was given a mandate to run Lebanon and Syria as the Ottoman empire was split up.

Both countries won independence in the 1940s, but Paris has maintained it still has a special relationship with Beirut.

Lebanese people have blamed the country’s leaders for the recent economic woes and political instability, which is seen as a cause of the explosion of 2,750 tones of ammonium nitrate. 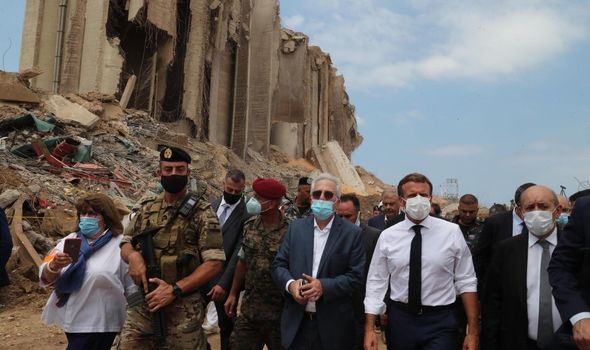 The fertiliser, which can also be used to make bombs, was stored at Beirut port before the explosion on Tuesday.

The French President told crows that French help would not go to “corrupt hands”, claiming he would seek a fresh deal with Lebanon’s leaders.

“I will talk to all political forces to ask them for a new pact,” Mr Macron said. 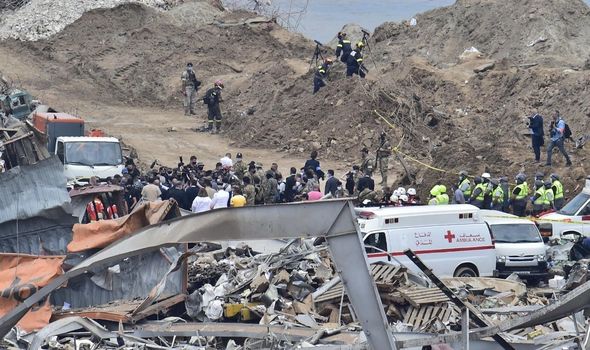 “I am here today to propose a new political pact to them.”

International donors have resisted offering aid to Lebanon because of concerns over militant movement Hizbollah’s role in the coalition government.

Lina Khatib, head of the Middle East programme at Chatham House, said: “The Lebanese political system plays a huge role in why the country is in the economic state it is in today, and with Lebanon not able to meet the costs of reconstruction or stand on its feet economically, now there’s a chance to send aid that would support its economy but also act as a vehicle for implementing necessary reform.”

She added: “With popular anger in Lebanon mounting, the Lebanese powers have to recognise if they are going to at least retain a degree of power, they have to engage in some measure of reform.”

Lebanon has been in turmoil since the end of its 15-year civil war in 1990.

It is currently in talks with the International Monetary Fund in the hope of receiving a bailout after it defaulted on its $90 billion debt pile in March.