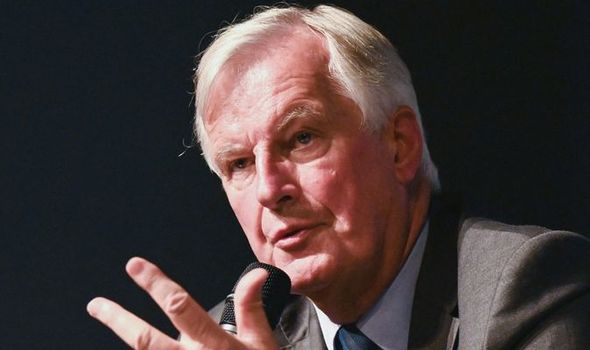 Michel Barnier 'did his utmost to stop Brexit' says Farage

Drawing on the diary he kept during the 1600 days of negotiations, Barnier will explore the practical and political implications of post-Brexit Europe.

Barnier, who is running as a candidate for the French presidency, will explore issues such as key turning points in the negotiations and UK-EU cooperation on transatlantic issues.

He will also discuss to what extent UK negotiating positions were shaped by politics within the Conservative government.

In a tweet Barnier calls Brexit a ‘warning’ and says that he wants to change what doesn’t work in the EU.

Speaking at an event to promote his new book My Secret Brexit Diary, he said: “Part of the answer is linked, effectively, to the consequences of the Brexit because the UK chose to end the freedom of movement [of people].

“And there is a clear link to the truck drivers.

“In addition to the freedom of movement, the UK choosing to leave the single market – that means that the UK decided to rebuild, for the very first time, non-tariff barriers between the EU and the UK. It is a direct and mechanical consequence of Brexit.”