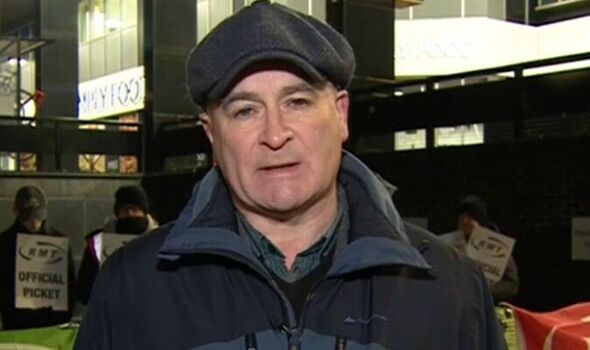 Mick Lynch today sparked hope that an end to rail strike chaos could finally be in sight. The RMT general secretary said he is “ready to make compromises” and is “optimistic we can get a deal” in the long-running dispute over pay, jobs and conditions.

The union baron was asked during an appearance on BBC Breakfast if he sees “any glimmer of hope” in the negotiations.

Mr Lynch said: “Yes. I think I know what needs to be done to create a settlement.

“There’s a few modifications to the proposals and an improvement in the pay offer will get us over the line and we can put that to our people so they can vote to accept it.”

Pressed on whether his side will make concessions, he added: “We’re ready to make compromises, we’re ready to negotiate a settlement and that includes the train operating companies and Network Rail.

“I’m optimistic we can get a deal but we need the Government to facilitate a deal. At the moment they are deliberately obstructing that deal. “

Mr Lynch added: “They are obstructing these deals because they want to keep wages lowered and they want to strip out terms and conditions of many people.”

He said the “agenda being put forward to workers (is) that you’ve got to get poorer, while profits and dividends are at record levels, and profit is still being made out of the railway industry while they’re telling our people ‘you’ve got to be made redundant, you’ve got to change your working lives and you’ve got to be poorer in terms of your wages going forward’ and that’s not acceptable”.

But Network Rail chief executive Andrew Haines cast doubt over whether there is hope for negotiations.

He said: “It’s hard to see that today. I’ve learned, you know, through a long career, that sometimes the light is just around the corner.

“But where I stand today, I’d have to say that with the level of disruption the RMT are imposing, the way forward isn’t obvious.”

It comes as members of the RMT union are taking part in two 48-hour strikes from today and Friday with further industrial action planned over Christmas and in the new year.