Boris Johnson and Trudeau joke about their planes at G7

In a one-one-on meeting during the 48th G7 summit in Germany, Mr Johnson joked to Mr Trudea that the colloquially named ‘Canada Force One’ was bigger than his own official jet, having seen it on the tarmac. Both politicians had flown in from Rwanda, where they were taking part in the Commonwealth Heads of Government Meeting. Mr Trudea claimed that his jet was in fact smaller, but Mr Johnson described his plane as “very modest”.

Mr Trudea’s CC-150 Polaris is, in fact, the larger of the two official jets.

It is an impressive 153 feet in length compared to the UK Prime Minister’s A321neo, which is a close second at 146ft long.

‘Canada Force One’ also boasts a wingspan of around 144ft and a top speed of 639 miles per hour.

It can fly almost 6,000 miles without needing to refuel, which is a remarkable feat. 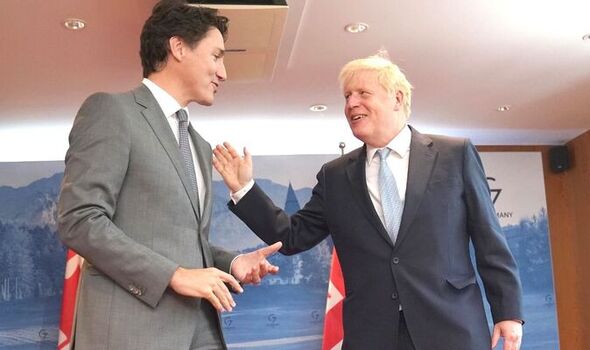 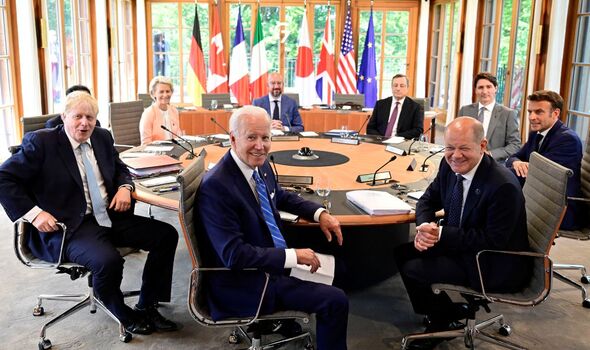 But the British plane, despite being smaller, can carry up to 50 more passengers than Mr Trudea’s Polaris.

Despite the seriousness of the G7 meeting, which is the first meeting of these global leaders together since Russian President Vladimir Putin invaded Ukraine, the two Prime Minister’s still found time to lighten the mood. 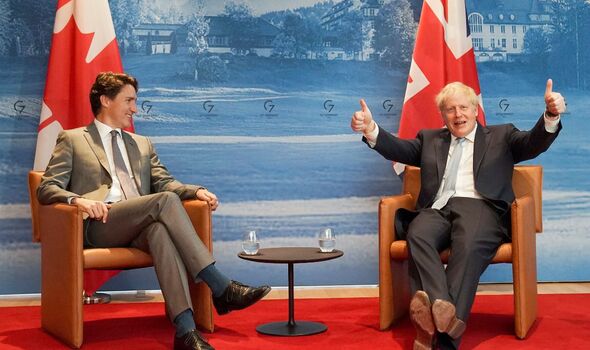 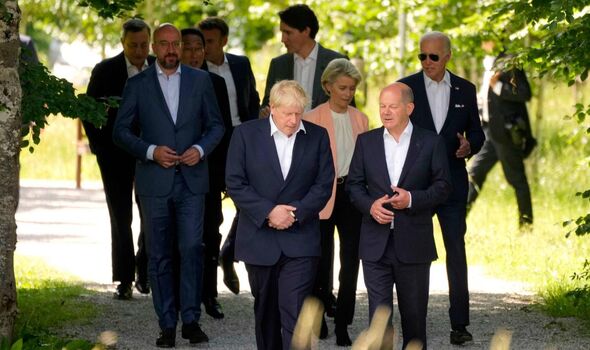 Mr Johnson also used the gathering, held at Schloss Elmau, a luxurious retreat in the Bavarian Alps, to decry the European Union.

He said the UK would have not been able to be at the forefront of providing support for Ukraine if it was still in the EU.

When asked if the UK is better off than it was six years ago when it was still in the EU, Mr Johnson said: “It is (better off).

“Let me give you an example. Thanks to the position that we took, we had an independent medical agency that was able to make sure that the first Covid vaccine in anybody’s … arms in the world was in the UK.”

DON’T MISS: Have Your Say: Should Boris Johnson serve three terms? [POLL]
“He is bullish”: Johnson defiant of critics as he refuses to change [REVEAL]
Britain in move to export Ukrainian grain out to the world [REPORT] 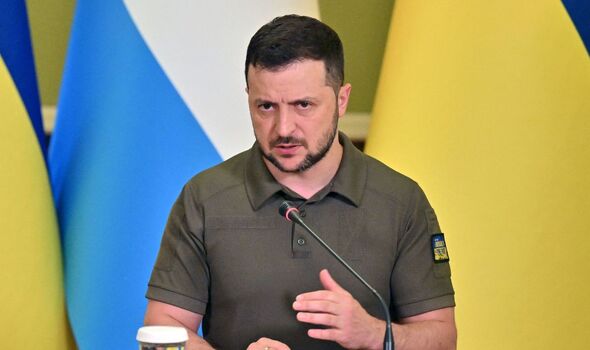 He added: “Secondly, we have been able to do a lot of free trade deals around the world. And we are able to change some of our regulations to take back control of our borders. We are no longer spending shedloads of money on projects that we couldn’t control. And that was a good decision.”

Mr Johnson went on: “I don’t think that the UK within the European Union and within the kind of matrix of the common foreign policy and security policy that we then had, I don’t think that we would have been out in front, as the first European country to arm the Ukrainians, to give them the wherewithal to protect themselves.