WASHINGTON (Reuters) – A majority of city council members in Minneapolis have pledged to abolish the city’s police department after the death of an unarmed black man in custody last month led to some of the biggest protests seen in the United States. 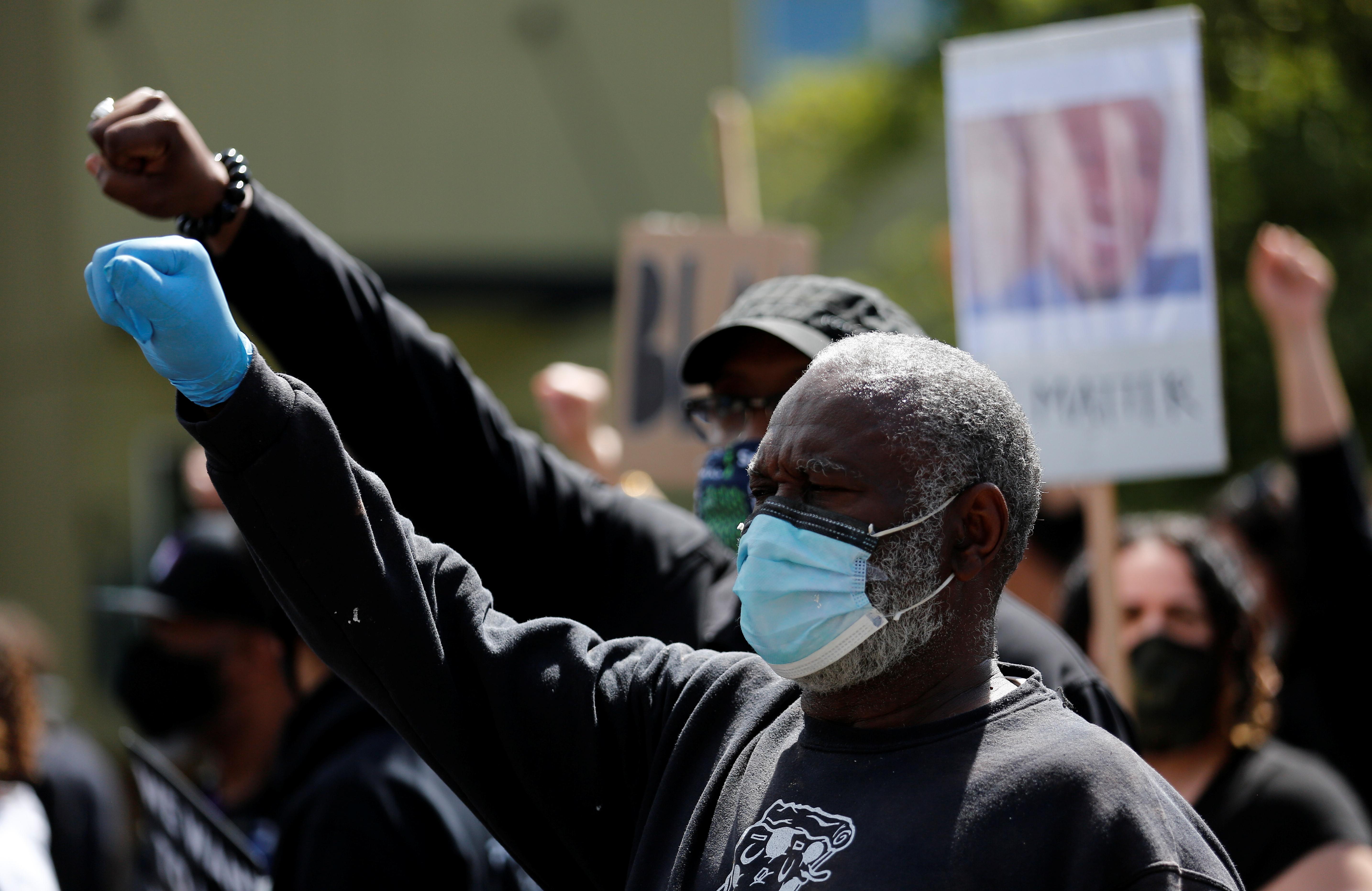 Huge weekend crowds gathered across the country, mostly peacefully. The near-festive tone was marred late on Sunday when a man drove a car into a rally in Seattle and then shot and wounded a demonstrator who confronted him.

The outpouring of protests followed the May 25 killing of George Floyd, a 46-year-old black man who died after being pinned by the neck for nine minutes by a white officer’s knee in Minneapolis. A bystander’s cellphone captured the scene as Floyd pleaded with the officer, choking out the words “I can’t breathe.”

“I have cops in my family, I do believe in a police presence,” said Nikky Williams, a black Air Force veteran who marched in Washington on Sunday. “But I do think that reform has got to happen.”

Nine members of the 13-person Minneapolis City Council pledged on Sunday to do away with the police department in favor of a community-led safety model, a step that would have seemed unthinkable just two weeks ago.

“A veto-proof majority of the MPLS City Council just publicly agreed that the Minneapolis Police Department is not reformable and that we’re going to end the current policing system,” Alondra Cano, a member of the Minneapolis council, said on Twitter.

Council members said such reforms would be a long, complex process and provided little detail on the way forward.

Minneapolis City Council president Lisa Bender told CNN “the idea of having no police department is certainly not in the short term.”

In New York, Mayor Bill de Blasio announced a series of reforms he said were designed to build trust between city residents and the police department.

De Blasio told reporters he would shift an unspecified amount of money out of the police budget and reallocate it to youth and social services in communities of color.

He said he would also take enforcement of rules on street vending out of the hands of police, who have been accused of using the regulations to harass minority communities.

Curfews were removed in New York and other major cities including Philadelphia and Chicago.

President Donald Trump said on Twitter he ordered the National Guard to start withdrawing from Washington D.C. “now that everything is under perfect control.”

In the nation’s capital, a large and diverse gathering of protesters packed streets near the White House, chanting “This is what democracy looks like!” and “I can’t breathe.”

A newly erected fence around the White House was decorated by protesters with signs, including some that read: “Black Lives Matter” and “No Justice, No Peace.”

Republican Senator Mitt Romney marched alongside evangelical Christians in Washington on Sunday, telling the Washington Post that he wanted to find “a way to end violence and brutality, and to make sure that people understand that black lives matter.”

A common theme of weekend rallies was a determination to transform outrage over Floyd’s death last month into a broader movement seeking far-reaching reforms to the U.S. criminal justice system and its treatment of minorities.

The intensity of protests over the past week began to ebb on Wednesday after prosecutors in Minneapolis arrested all four police officers implicated in Floyd’s death. Derek Chauvin, the officer who pinned Floyd to the ground, was charged with second-degree murder.

Still, anger in Minneapolis remained intense. The city’s mayor ran a gauntlet of jeering protesters on Saturday after telling them he opposed their demands for defunding the city police department.

The renewed calls for racial equality are breaking out across the country as the United States reopens after weeks of unprecedented lockdowns for the coronavirus pandemic and just five months before the Nov. 3 presidential election.

U.S. Democrats have largely embraced the activists packing into streets to decry the killings of black men and women by law enforcement, but have so far expressed wariness at protesters’ calls to defund the police.

Former U.S. President Barack Obama said in an YouTube commencement address for 2020 graduates that the protests roiling America right now “speak to decades of inaction over unequal treatment and a failure to reform police practices in the broader criminal justice system.” 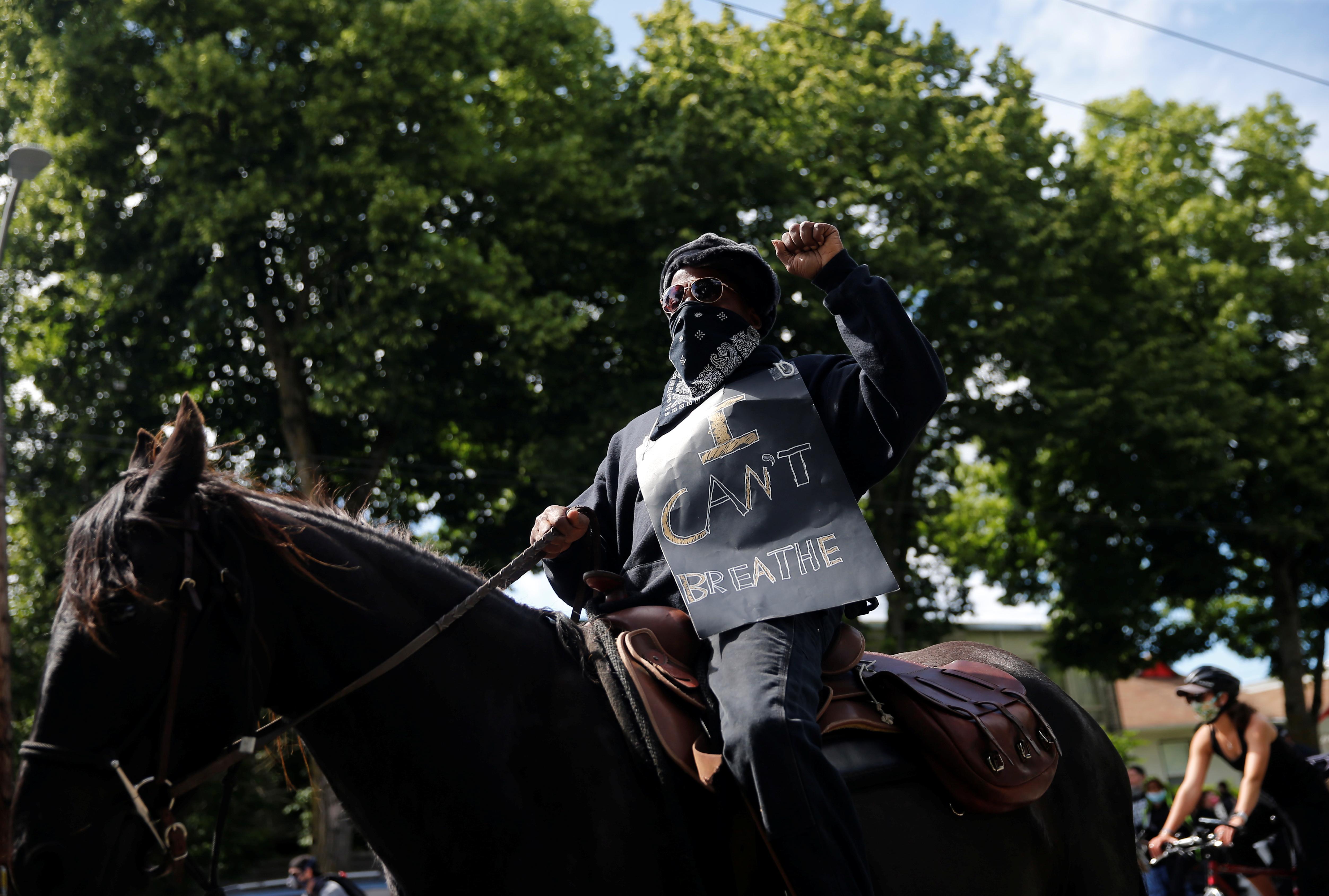 For a graphic on Weapons of Control: What U.S. police are using to corral, subdue and disperse demonstrators: here

For a graphic on Floyd’s death sparks worldwide protests: