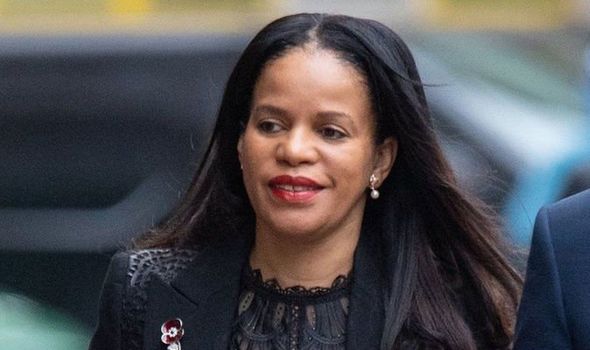 Webbe made a string of threatening phone calls between September 2018 and April 2020.

The court heard she made threatening phone calls to Ms Merritt because she was jealous of her relationship with her partner.

Sentencing her he said: “You were jealous of the relationship between Lester Thomas and Michelle Merritt, and probably felt in some way threatened by it.”

He said Webbe “showed little remorse or contrition” and would have been jailed immediately were it not for her previous good character.

The sentence means Webbe will face a recall petition, which could trigger a by-election if at least 10% of her constituents support it.

Ms Merritt told the court she felt so unsafe following Webbe’s campaign abuse, which also included silent phone calls, that she started taking taxis to and from work, and also considered moving home.

Reading her victim personal statement from behind a curtain in court to shield herself from the defendant, Ms Merritt said: “A sad, distressing darkness has cast a huge shadow over all areas of my life.

“She (Webbe) has made me feel very vulnerable, in public, in my own home.

“I was scared to go to my door.

“Due to Ms Webbe’s position in government (sic), I don’t know what she is capable of.”

Ms Merritt, her voice breaking with emotion, added: “I am so very proud I have had the strength to continue because no woman should be threatened or harassed the way she has to me over the years, least of all by a politician.”

The independent MP – who was suspended by the Labour Party – was convicted last month after being accused of threatening to send naked pictures of Ms Merritt to her family because she was jealous of her friendship with her partner Lester Thomas.

Webbe is alleged to have made a string of short silent phone calls, called Ms Merritt a “slag” and threatened her with acid.

Webbe denied one count of harassment and said she called Ms Merritt out of “courtesy” because she was unhappy she had been breaching lockdown rules with Mr Thomas.

During a seven-second call on March 2020, Webbe told Ms Merritt: “Michelle can you please not break lockdown with Lester.”

She told the court: “She was committing a crime.

“I was pointing this out, I am the victim.”

Webbe claimed as an MP she felt her “household should not be breaking lockdown”.

According to Sky News, some of the phone calls were withheld while others were not.

Chief Magistrate Paul Goldspring previously said he believes some of the things Webbe said in court were “made up in the spur of the moment”.

He said: “Her explanation was frankly incredible, and I do not believe it.”