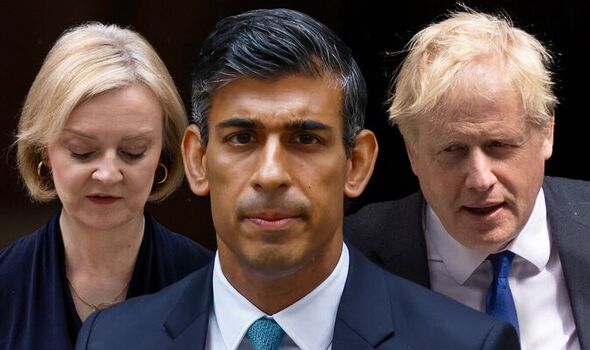 The move by Lord Cruddas comes after Tory MPs put Rishi Sunak in No 10 without a ballot of ordinary members. The new Conservative Democratic Organisation has already been compared to Momentum – the Labour group that helped Left-wingers secure their grip on the party during the Jeremy Corbyn years.

According to the campaign, rank-and-file Tories feel they are held in “utter contempt by party leaders” and that “their views count for nothing”. The CDO will fight for a raft of reforms to “restore democracy” in the party and steer it “back to the centre-right”.

It claims that the “coronation” of Mr Sunak has “finally ended members faith in any party democracy”.

Key demands include a directly elected party chairman and for local constituency associations to make the “ultimate decision” on who stands as a candidate for Westminster.

Lord Cruddas, who serves as president and treasurer of the new group, warned: “Internal democracy in the Conservative Party is dying on its feet. The leadership pays scant attention to the views of the membership – regarding them as little more than mindless drones who only matter at election time…

“It is time to restore the democratic rights of Tory members, not least the right to choose parliamentary candidates without being hectored and bullied by party headquarters.”

The push for a stronger role for party members has been backed by former Home Secretary Priti Patel.

She said: “Party members are committed to our values of freedom, enterprise and opportunity and we need to empower them to have more say over our policies and candidates. That will make us stronger, more successful in Government, and boost our membership numbers.”

The group is drafting a new Conservative party constitution which would give local association the right to chose the parliamentary candidate. It wants the party’s head of candidates elected annually by a vote of members.

The CDO warns that today there is a “dangerously unstable gulf between members’ views and those of their MP representatives” and claims many MPs have been selected who are not “genuine Conservatives”.

A further goal is transforming the autumn conference so members can submit motions that would be voted on.

The CDO is chaired by David Campbell Bannerman, a former Ukip deputy leader who was a Conservative member of the European Parliament.

He said: “Sadly, democracy is now on life support within the Conservative Party. Members are being treated with contempt and the Party has become grossly overcentralised.

“We need to rebuild the party from the ground up…  It is time for members to ‘take back control’.”