Nicola Sturgeon: We are trying to be as helpful as possible

And others took to social media to take potshots at the First Minister, with one describing the document as “ridiculous propaganda”, while another lambasting what they described as “guidelines for toddlers”. The eight-page illustrated pamphlet, published at the start of the week, features advice on how to cope with such situations as a colleague taking their mask off during a conversation, and a shopper standing too close in a supermarket.

This is getting beyond embarrassing now

Suggested phrases include ‘I’ll step back and give you some space – it’s tricky in busy spaces to keep to 2 metres isn’t it?’ and ‘I so want to hug you! But I guess we have to wait until it’s safe.

Another said: “I don’t want to risk harming you or anyone else you are in contact with. I’m giving you a virtual hug.”

Graeme McGinnigle, a Conservative councillor who sits on East Dunbartonshire Council, tweeted: “This is getting beyond embarrassing now. 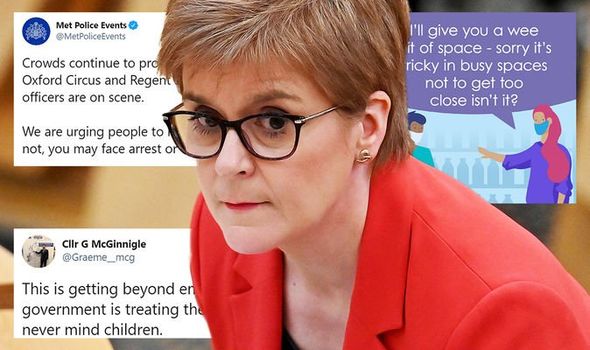 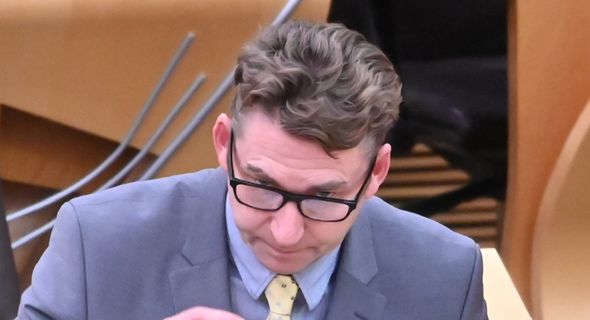 “The Scottish government is treating the population like infants, never mind children.”

“What about a leaflet advising those who have lost their business on how to keep their homes and families safe.” 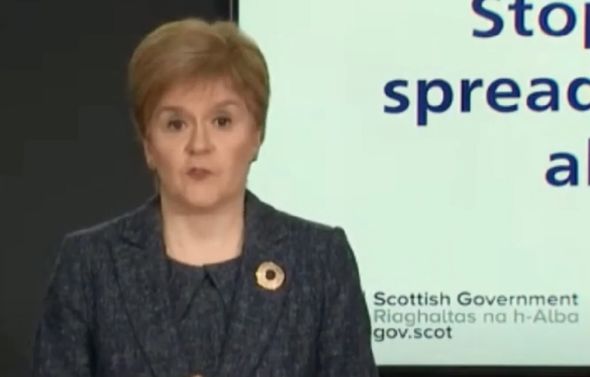 Nicola Sturgeon urges UK 'not to meet with others' at Christmas

Another added: “Thought you’d seen it all! Well I am now speechless.

“Guidelines for toddlers that what they think of us back at nursery.

“Fuming. What a waste of money..but hey Westminster gave us plenty to spend on drivel.”

Mr McGinnigle’s Tory colleague Councillor Jo Mowat, who sits on Edinburgh City Council, tweeted: “Good grief are we really paying for this to be produced – clearly setting out the rules should be enough.” 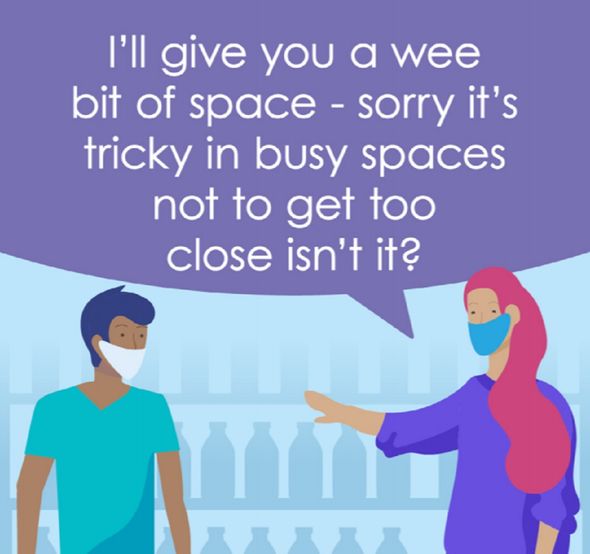 Phil Raynolds added: “This is the most ridiculous propaganda.”

Meanwhile, Sarah Dixon drew attention to the perceived clunkiness of the phrases, asking: “Bloody hell, do you know ANYONE who talks like that?”

However, not every respondent was hostile. Doro Hinrichs responded: “I think this is really great advice! When people get too close and I might get a bit anxious then it’s so much harder to think of polite requests for more space.

“Planning what to say in advance really helps, and these are some good suggestions that might avoid conflict.” 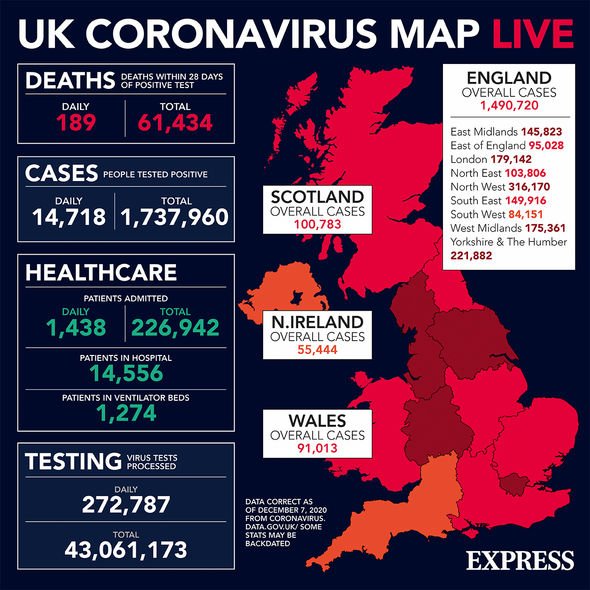 Nevertheless, Brian Whittle, public health spokesman for the Scottish Tories, dismissed the guide as “the definition of patronising”.

He added: “It is another page out of the SNP’s nanny state playbook and treats sensible men and women across the country like toddlers rather than adults.

“It is time for the SNP to actually concentrate on what matters for once and ensure a clear and accountable roll out of the new vaccine.”

Ms Sturgeon herself was questioned about the guide during yesterday’s daily coronavirus briefing, at which time she admitted she did not know how much money had been spent on it.

Pressed on accusations that she was treating Scots like children, she added: We’re trying to be as helpful as possible.

“People ask for guidance on all sorts of things. People are not forced to follow it.

“This is a difficult situation, we’re trying to help people through it as much as possible.

“People are grown ups, I’ve tried to treat people like grown ups and people are perfectly able, if they feel it is better to make their own decisions about how to handle some of these difficult situations we all find ourselves in because of this pandemic.”