Brexit Party leader Nigel Farage argued Brexit was under significant threat as he criticised Boris Johnson and his leadership on Brexit. Mr Farage posted a video to his Twitter page arguing Brexiteers were leaving No10, following the departure of key advisors Dominic Cummings and Lee Cain. The Brexit Party leader claimed the Prime Minister was unable to make decisions himself and highlighted many of the fears he had for Boris Johnson’s Brexit Britain. 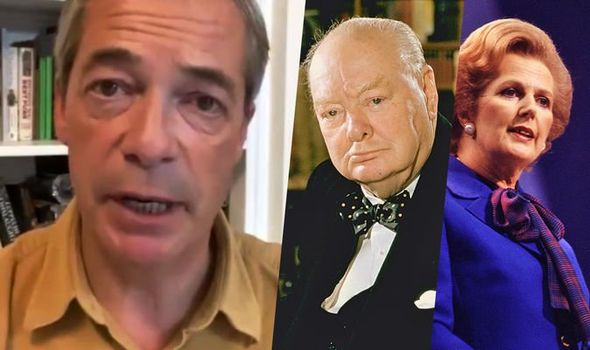 Mr Farage claimed Boris Johnson would be influenced by Remainers around him and the pressure from US President Joe Biden.

He also insisted Boris Johnson should not be compared to dominating political figures, Winston Churchill or Margaret Thatcher.