It followed confirmation that prison sentences will be meted out to people who vandalise war memorials in the wake of the riots by leftwing activists linked to the black lives matter protests.

In a letter to Ms Patel, Mr Bridgen appealed for strict prison sentences for attacks on places of worship including churches, synagogues, mosques, mandirs, gurdwaras and temples as well as burial grounds.

He said: “To my mind and I am sure of all decent thinking people, acts of desecration and vandalism against religious buildings or burial plots are both equally indecent and deeply offensive and can undermine community cohesion.”

Within five hours of receiving his letter it is understood that Ms Patel replied to Mr Bridgen saying: “It’s going in the sentencing bill and will cover places of worship and cemeteries.”

The move has been welcomed by leading religious groups. 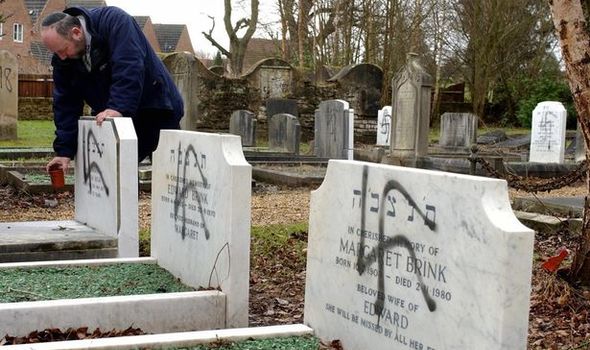 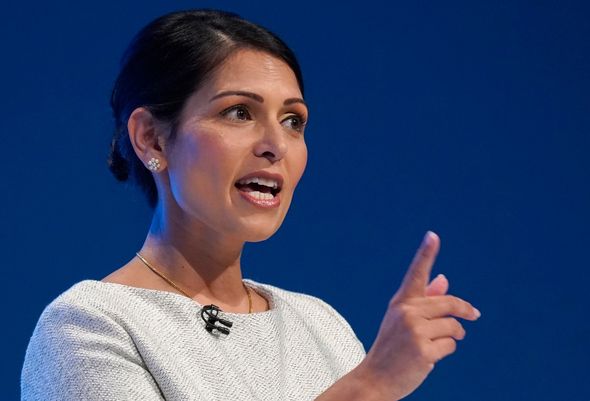 As recently as December synagogues in London were targeted with antisemitic grafitti.

A spokesman for Campaign Against Antisemitism said: “Vandalism and attacks on British synagogues over the past several years underscore the urgency of increasing sentences for these hate crimes. The rise in hate crime cannot be deterred without harsh penalties for offenders.”

In the last 24 hours a number of mosques were daubed with anti-muslim grafitti in Stockton in the north east.

The incidents highlighted a recurring problem across the UK.

Harun Khan, Secretary General of the Muslim Council of Britain, said: “Attacks on places of worship are deeply unsettling for faith communities, and we welcome the UK Government’s consideration to impose tougher new sentences on this to show this is unacceptable and will not be tolerated.

“It is important that this comes alongside wider changes in the approach for security of places of worship. For example, the funding currently available is insufficient and hasn’t been effective in its aims due to the bureaucratic hurdles places of worship have go through to access. The UK Government should genuinely engage with a broader range of faith groups to understand what is needed and support keeping places of worship and worshippers safe.”

Meanwhile, Christian churches have also been subject to anti-Christian attacks and thieves breaking in to steal from the churches and lead from old roofs.

A Church of England spokesman said that many of their buildings had received extra protection already as historic buildings.

He said: “Our buildings team aren’t aware of any forthcoming changes in the law, but we welcome the fact that heritage crime is already recognised in law and from October 2019 sentencing guidelines can specifically consider the impact on heritage.”