(Reuters) – Six days in August 2004 redefined the life of British middle distance runner Kelly Holmes but only in the aftermath of her double gold-medal winning display at the Athens Olympics did the price she paid to scale such athletic heights truly emerge. 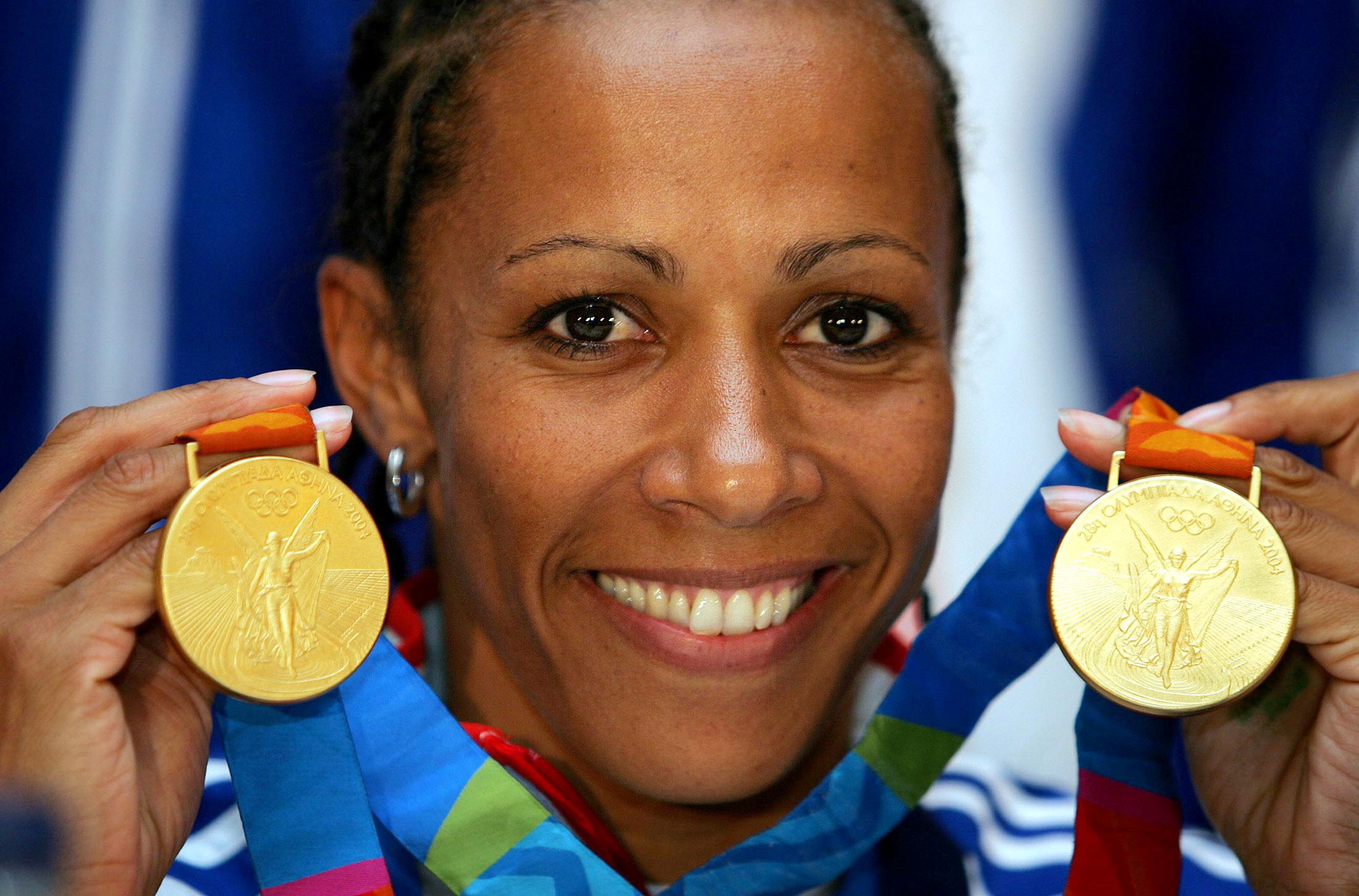 Colonel Dame Kelly Holmes, who turns 50 on Sunday, is now a highly respected mentor of young athletes, the proud recipient of myriad awards for her service to the community and in the forefront of the battle for improved mental health.

Back in 2004, as plain old Kelly, life was anything but glamorous, as, at the age of 34, she prepared for what would almost certainly be her final crack at global gold.

She had come close before with two world championship silvers and a bronze at the Sydney Olympics.

However, so much seemed to be conspiring against her that to the wider British public she seemed destined to be known better as “the former army sergeant and lorry driver” than one of the best athletes the country had ever produced.

In her autobiography “Black, White and Gold” Holmes estimated that she had suffered 37 major injuries in the previous decade, including ruptures, tears and stress fractures.

Whenever she managed to drag her battered body to the start line, Holmes then faced the further challenge of going up against an Eastern European doping culture on the one hand and testosterone-fuelled intersex athletes on the other.

Those injuries and the lack of a “level playing field” led to mental pressure that manifested itself in depression and self-harm, as Holmes took to cutting herself daily with knives and scissors then scrambling desperately to hide the results.

Somehow, she kept on training and, for once, arrived in Athens injury-free.

Up against her former training partner and defending champion Maria Mutola in the 800 metres final, Holmes ran the perfect tactical race to storm to gold.

Her wide-eyed, disbelieving face as she crossed the line became an iconic image of the Games, with BBC commentator Steve Cram excitedly shouting: “You’ve won it, Kelly, yes, you’ve won it.”

“I thought something would go wrong again. Something always goes wrong. It was totally unreal,” Holmes said in the aftermath.

Five nights later, running on a cloud of confidence, she roared through the field again, posting a national record to win the 1,500 metres and become the first Briton to take a double Olympic Games gold in 84 years and the first, and still only, British woman to win two athletics golds.

Having been crowned BBC Sports Personality of the Year, she retired in 2005 and threw her energy into motivating the next generation, forming “On Camp with Kelly” athletics camps to train junior athletes.

Made a Dame by the Queen and an honorary colonel by her former regiment, Holmes went on to use her public persona to speak out about the challenges of mental health, revealing the details of her secretive self-harming and suicidal thoughts.

She has written several books, worked as the government’s “school sports champion” and remains an in-demand motivational speaker. 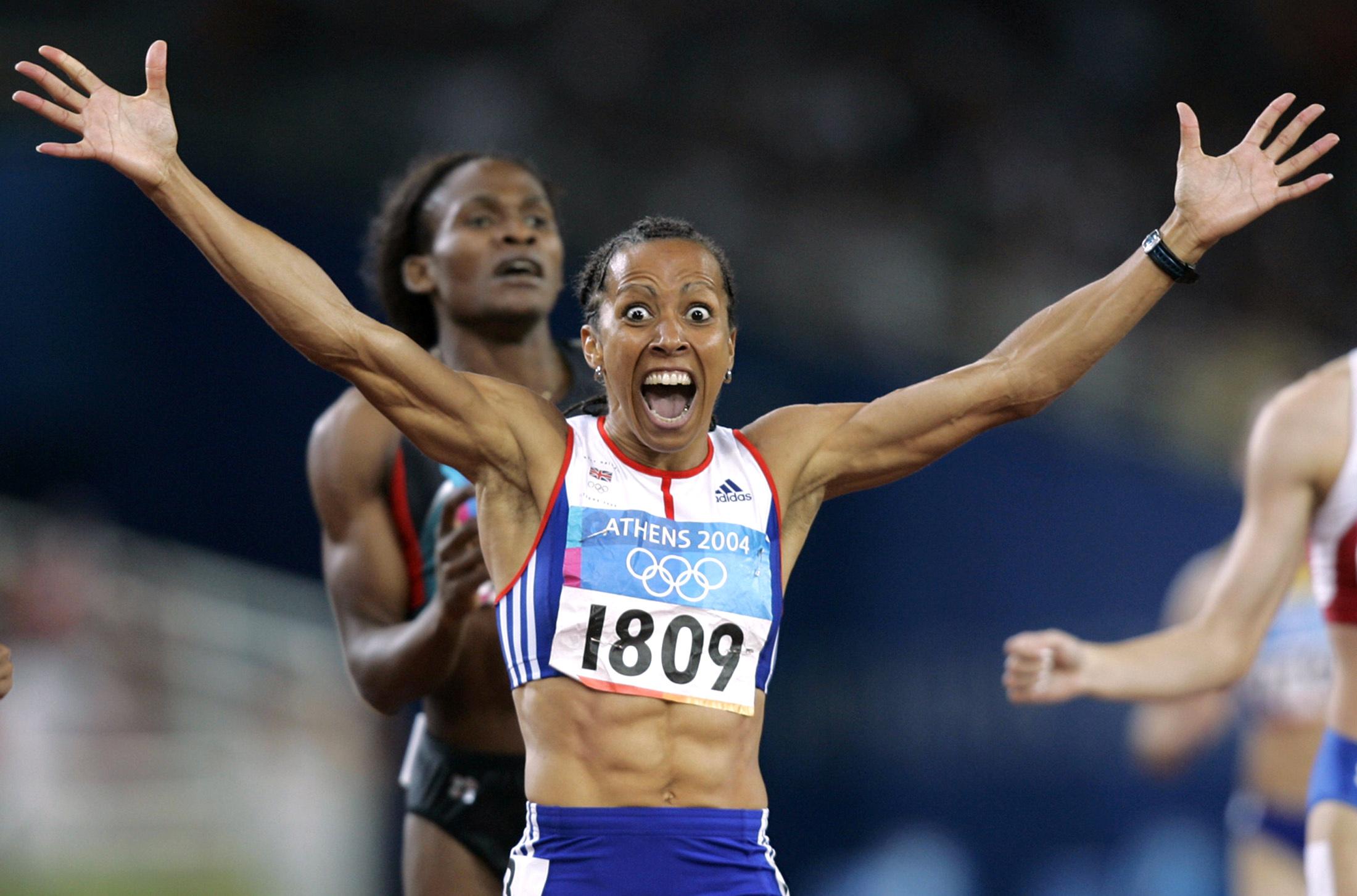 These days, however, her subject matter is less what happened in Athens than what preceded it.

“I’ve been to the lowest point and to the highest point and everything in between,” she told The Guardian last year when launching her widely-praised mental health podcast.

“It shows we can go through life and have struggles and still actually achieve. If that is empowering for other people that would be really nice.”

Tags: ANNIVERSARY, He, HOLMES, SPORT, US
You may also like
Recent News:
This website uses cookies to improve your user experience and to provide you with advertisements that are relevant to your interests. By continuing to browse the site you are agreeing to our use of cookies.Ok