Peter Bone backed fellow Paymaster General Michael Ellis as he assured an “exercise” was carried out to ensure Chris Pincher was cleared on the groping scandal that led to his resignation last Thursday. He slammed Opposition MPs for launching a coordinated attack on Boris Johnson after Mr Ellis conceded the Prime Minister was aware on the claims made against Mr Pincher before appointing him as deputy chief whip earlier this year. And he insisted British voters are more concerned about incoming tax cuts than they are about the behaviour of an MP.

The MP of Wellingborough hit out: “I remember recently there was a Brexit Opportunities debate here. There were no Liberal Democrats.

“There were virtually no Labour members. The only time they turn up here is to bash Boris.

“Can I just ask? Can I ask, Mr Speaker? The Right Honourable friend of mine [Mr Ellis].

“In North Hamptonshire, which we share, do you think our constituents are more concerned about an MP they’ve never heard about or the biggest tax reduction in decades, which is going to happen tomorrow?”

But Sir Lindsay Hoyle later branded Mr Bone a “lone batter” as he appeared to be one of a few MPs in the chamber to defend Boris Johnson. 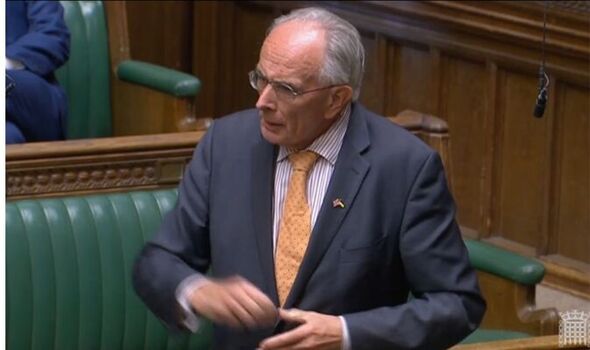