The Prime Minister is set for MPs across the house to line up and criticise his failure to give the Commons a say on the issue. Ministers announced last autumn legal commitment of spending 0.7 percent of Gross National Income on international aid would be temporarily dropped.

The Government instead committed to 0.5 percent while the UK recovers from the coronavirus pandemic.

The decision sparked outrage from MP with Tory backbenchers attempting to force a U-turn on the decision earlier this week.

Today is their first chance rebel Conservatives will have had to quiz the Prime Minister since their failed attempt to restore the 0.7 percent spending.

Sir Keir Starmer will have his chance to also tackle Mr Johnson on the issue. 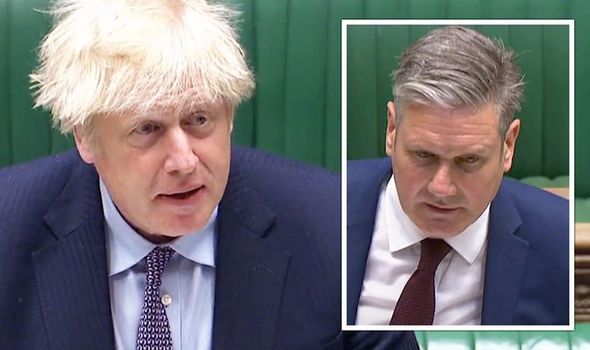 Less than an hour until Boris Johnson fields questions in the Commons from MPs.

There was no PMQs last week with Parliament in recess. It means there are two weeks worth of topics for MPs to quiz the Prime Minister on.

Express.co.uk understands a hairdresser has also been in Downing Street this morning.

Is the Prime Minister going to be looking freshly trimmed when he arrives in the chamber?