David Davis explains why he is backing Penny Mordaunt

David Davis insisted Penny Mordaunt had the support of a substantial group of Conservative Party members as he pointed at recent polls to support his decision to back the former Defence Secretary to be the next Prime Minister. The junior international trade minister emerged as a surprise frontrunner in the ongoing Tory leadership contest, finding herself head-to-head with Rishi Sunak in the lead. Mr Davis told Sky News host Kay Burley his candidate is capable of securing a spot on the final ballot thanks to her popularity in both Scotland and the Red Wall, areas the parties is concerned will be affected by Boris Johnson’s legacy.

Asked how his colleagues will decide who to back, Mr Davis said: “=Biggest thing that influences their votes is prospect of winning in their own seats, to be brutal about it.

“I would love to say to you it’s the national interest but it’s a mixture of the two.

:We’ve been in power for 12 years, it’s going to be tough so they’re going to make judgments.

“Will this prospective candidate help me win?” 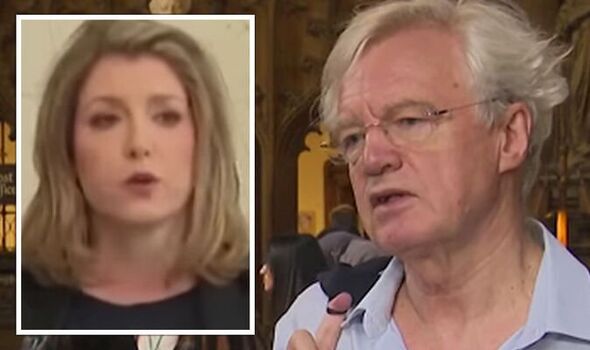 “She’s seen off Liberal attacks, Labour attacks and she knows how to do it.

“And she’s very popular in Scotland and the Red Wall seats.

“So that’s an argument I’m happy to have.”