WASHINGTON (Reuters) – Leading U.S. infectious disease expert Anthony Fauci on Tuesday warned Congress that a premature lifting of lockdowns could lead to additional outbreaks of the deadly coronavirus, which has killed 80,000 Americans and brought the economy to its knees.

Fauci, director of the National Institute of Allergy and Infectious Diseases, told a U.S. Senate panel that the virus epidemic is not yet under control in areas of the nation.

He urged states to follow health experts’ recommendations to wait for signs, including a declining number of new infections, before reopening.

President Donald Trump has been encouraging states to end a weeks-long shuttering of major components of their economies. But senators heard a sobering assessment from Fauci, when asked by Democrats about a premature opening of the economy.

“There is a real risk that you will trigger an outbreak that you may not be able to control and, in fact paradoxically, will set you back, not only leading to some suffering and death that could be avoided, but could even set you back on the road to try to get economic recovery,” Fauci said of premature steps.

The veteran doctor, who has worked under Republican and Democratic administrations and is a coronavirus adviser to the current White House, noted some progress in the fight against a virus that the medical world is still trying to understand.

He mentioned a slowing in the growth of cases in hotspots such as New York, even as other areas of the country were seeing spikes.

“This economy has been damaged through no fault of anyone,” said Cuomo, a Democrat. “But to get this economy back up again and running, we are going to need an intelligent stimulus bill from Washington.”

Some states already have begun reopening their economies and others have announced plans to phase that in beginning in mid-May, even as opinion polls show most Americans are concerned about resuming such operations too soon.

New Jersey Governor Phil Murphy said on Tuesday that he intended to announce some tentative moves toward reopening even though his state, by some measures, is currently the most serious coronavirus danger zone in the United States.

Restrictions currently in place allow only essential services to operate. Murphy said any changes would be incremental and determined by progress in curbing the spread of the virus.

Tuesday’s Senate hearing was more cordial than many of Congress’s undertakings in recent years, with members of the Senate Health, Education, Labor and Pensions Committee addressing the non-partisan health experts politely.

Democrats on the committee largely concentrated on the risks of opening the U.S. economy now, while Republicans downplayed that notion, saying a prolonged shutdown could have serious negative impacts on human health and the health of the economy. 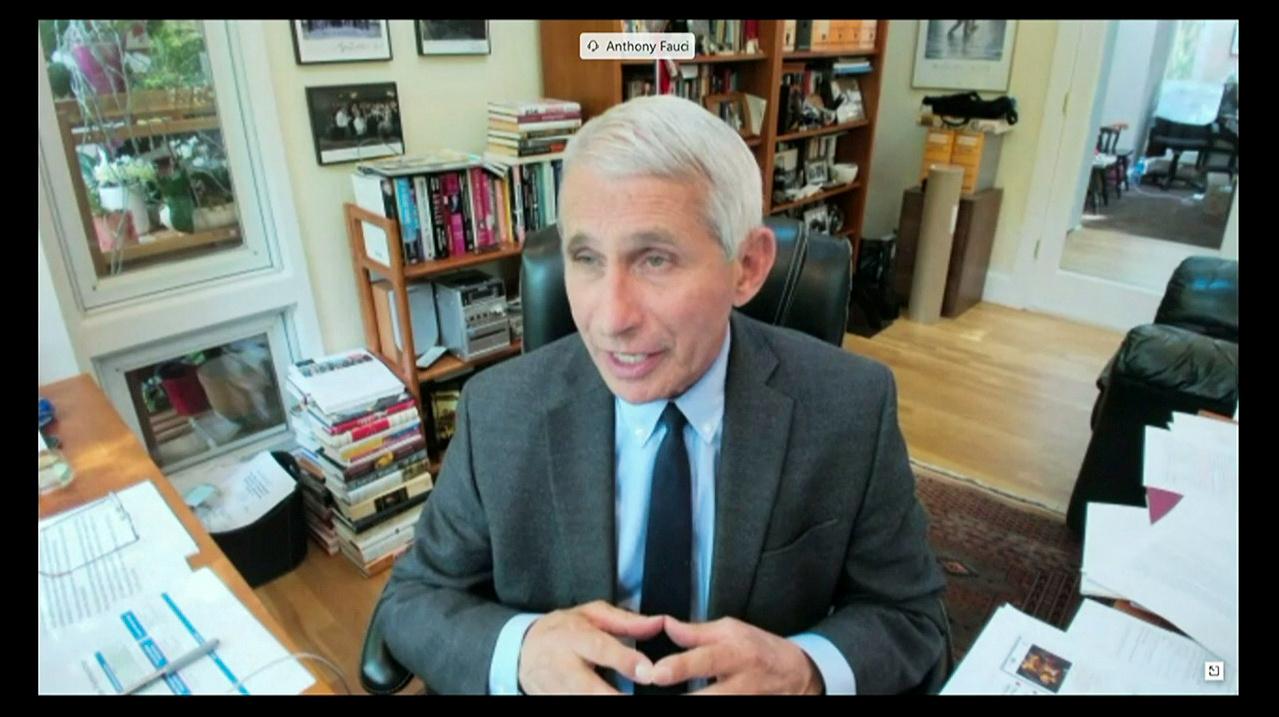 Asked whether college students can feel safe if classes resume on campuses in August or September, Fauci said that expecting a treatment or vaccine to be in place by then would be “a bridge too far.”

Instead, schools and students would have to depend upon expanded testing for coronavirus, tracing of those who have been in contact with infected people and safe hygiene practices, witnesses said.

The COVID-19 respiratory disease caused by the new coronavirus has infected more than 1.3 million Americans and killed more than 80,600.

Fauci, 79, testified remotely in a room lined with books as he self-quarantines after two members of the White House staff were diagnosed with COVID-19.

Medical researchers have been scrambling to find not only an effective vaccine but also drugs for treatment until a vaccine comes to market.

“All roads back to work and back to school run through testing and what our country has done so far on testing is impressive, but not nearly enough,” Lamar Alexander, the Republican chairman of the Senate committee, told the hearing.

Alexander, who is self-quarantining in his home state of Tennessee for 14 days after a member of his staff tested positive, chaired the hearing virtually.

Trump, who previously made the strength of the economy central to his pitch for his November re-election, has encouraged states to reopen businesses that had been deemed non-essential amid the pandemic. 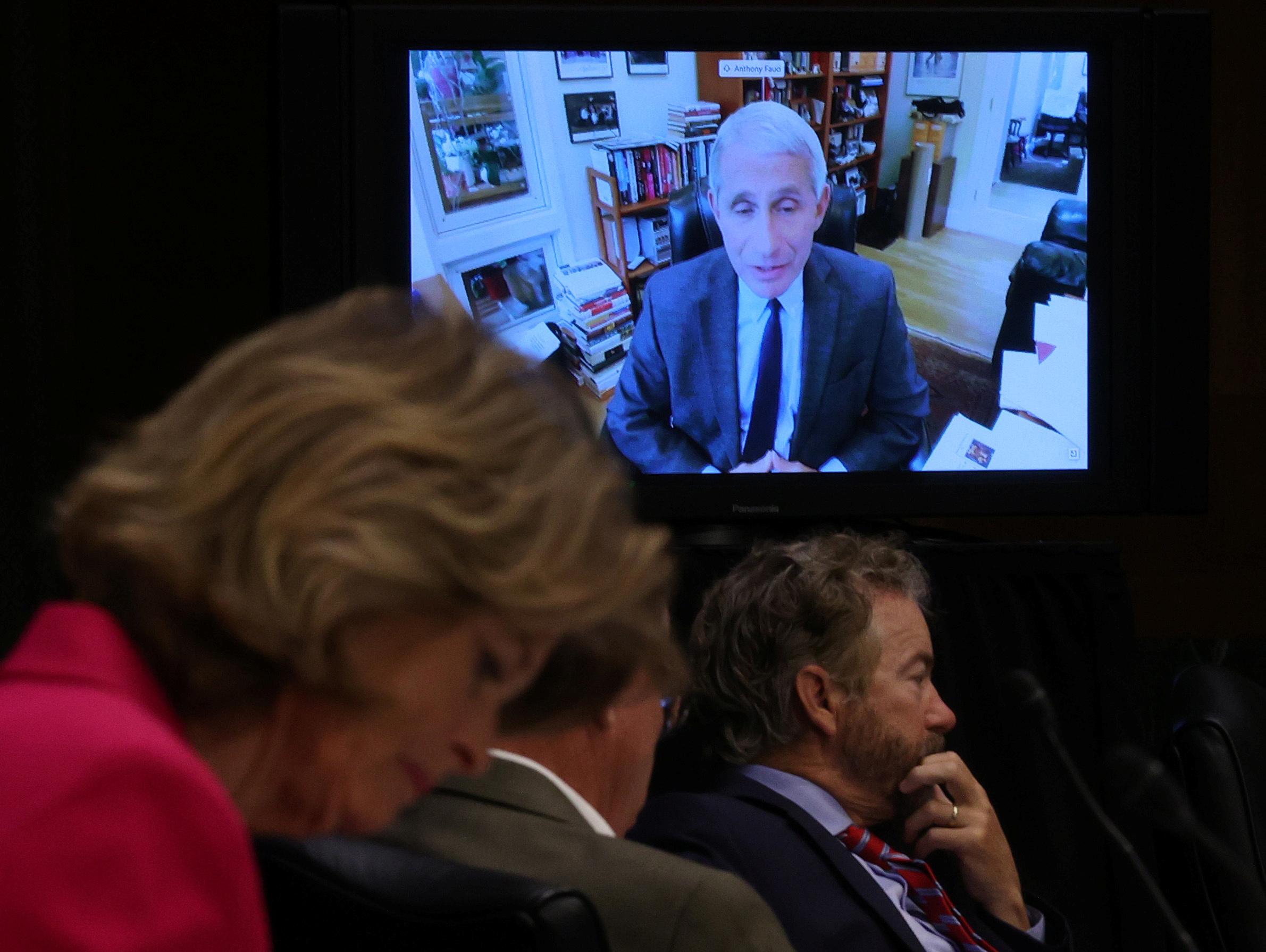 Los Angeles Mayor Eric Garcetti told CNN that the city was not looking at a post-COVID reality but instead was looking at “living with COVID-19.”

Senator Patty Murray, the senior committee Democrat, criticizing aspects of the administration’s response to the pandemic, said Americans “need leadership, they need a plan, they need honesty and they need it now, before we reopen.”

Republican Senator Mitt Romney, who has clashed with Trump in the past, did so again on Tuesday, when he said during the hearing, “I find our testing record nothing to celebrate whatsoever.”

Tags: Coronavirus, HEALTH, Lawm, US, USA
You may also like
Recent News:
This website uses cookies to improve your user experience and to provide you with advertisements that are relevant to your interests. By continuing to browse the site you are agreeing to our use of cookies.Ok