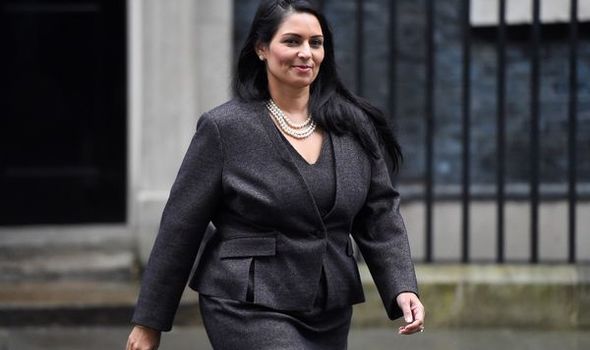 The Home Secretary and the director general of the National Crime Agency (NCA), in a message to the upper echelon of British criminals, said “justice will be served – be ready for the knock”.

Their first ever joint newspaper article for the Daily Express comes after more than 700 suspected criminals were arrested in Britain’s biggest ever operation into serious and organised crime.

An international team then started spying on criminals, triggering a wave of arrests across the continent.

Police in the UK arrested more than 700 suspects, seized £54million in cash and tonnes of drugs in the “game-changing” Operation Venetic.

Guns, ammunition and grenades were also seized, with more criminals snared every week. In their article, Ms Patel and Ms Owen declare: “Britain’s largest ever law enforcement operation against serious and organised criminals sent a resounding message to offenders.

“To the people pushing drugs on our streets, to the gang leaders fighting a violent turf war, to the kingpins responsible for deaths and suffering and to the mob bosses attempting to manipulate and intimidate: We are coming after you. 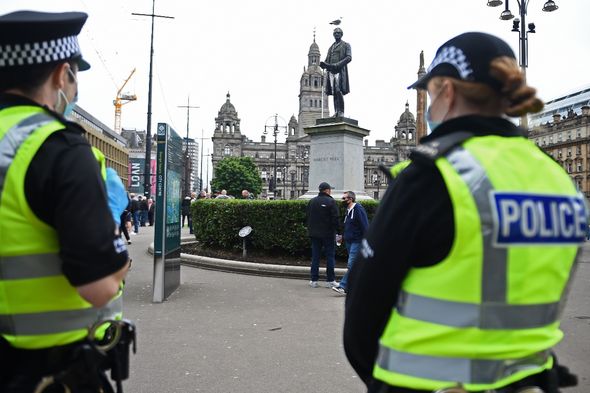 “It is no exaggeration to say this is a game-changing moment in our fight to tackle serious and organised crime.

“They thought encryption would help them escape justice – but they thought wrong.”

Hundreds of staff analysed the data and identified EncroChat users, working through millions of messages and hundreds of thousands of images.

Nikki Holland, the NCA’s director of investigations, compared the deciphering to “having an inside person in every top organised crime group in the country”.

Criminals paid £1,500 for a mobile phone on a six-month contract with a secure operating system, encrypted messaging and calls, self-destructing texts and even a “panic wipe” function.

As gangsters were rounded up across the UK, crime lords hit the panic button and the NCA monitored their messages. 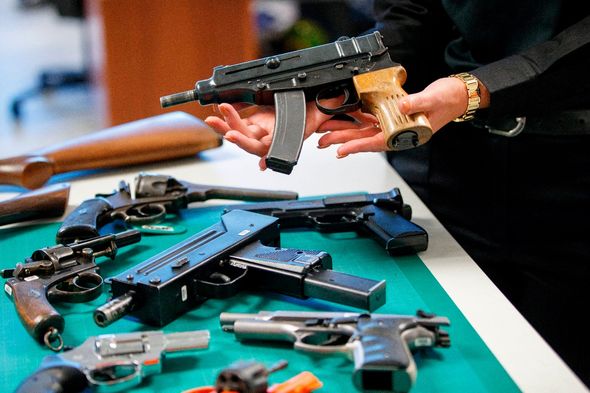 Among the texts, underworld figures were discovered warning associates that “the police are having a field day”.

One said: “These b******s had intel on everything” and “so many ppl been took [sic] down here, NCA been clearing up”. Another crook even messaged about his plot to move abroad: “I’m moving my family from UK this year because NCA is getting to [sic] smart.”

Ms Patel and Ms Owens added: “We are winning. More than 500 NCA officers and thousands of others from forces all across the law enforcement system made this happen.

“And now they are going after the other criminal gangs exploiting the vulnerable.”

The pair urged social media giants, including Facebook, to ditch their encryption plans amid fears it will put paedophiles grooming children “beyond our reach”.

They added: “While we have been consistently clear that we support strong encryption, it has shone a light like never before on the dangers of certain types of encrypted technology.

“Beyond the Encrochat operation, we need to ensure that technology companies across the board take the necessary precautions to stop vile child sex offenders exploiting their platforms.

“If social media companies choose to apply end-to-end encryption children would be put at greater risk: tech companies would not be able to identify this heinous content or enable law enforcement to access it for investigations, even where it has been authorised by a judge.

“This would put offenders beyond our reach.”

The firm said it wants to make the measure the default option across its messaging platforms to protect privacy.

But the social media giant has refused to abandon plans.

In its annual threat assessment, the NCA warned: “All current NCA investigations encounter some form of encryption and criminals use online services, including social media, to establish contact with potential victims and recruits.

“This makes the challenge for UK law enforcement and partners greater than ever.”