The Nationality and Borders Bill is due to enter Parliament for the first time today as ministers look to take a stricter stance on human trafficking. Ministers say the legislation will include a raft of new measures to take action to fix “our broken asylum system” while being fair to those in genuine need of sanctuary.

The proposed laws will make it a criminal offence to knowingly arrive in the UK without permission.

Those caught risk up to four years in prison.

The Bill also takes aim at people smugglers, with tougher punishment for those involved.

At present, people smuggling carries a maximum sentence of 14 years in prison but the proposed Bill would increase the upper limit to life behind bars. 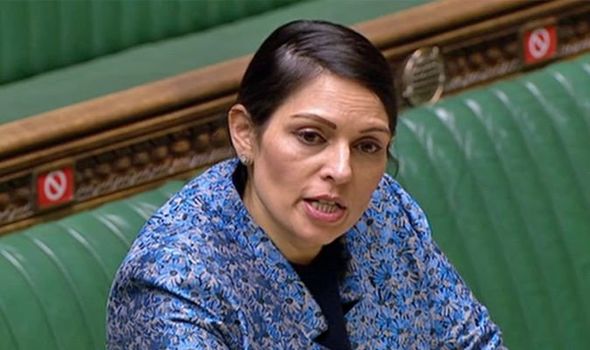 Ms Patel said: “For too long, our broken asylum system has lined the pockets of the vile criminal gangs who cheat the system.

“This isn’t fair to the vulnerable people who need protection or the British public who pay for it.

“This legislation delivers on what the British people have voted for time and time again – for the UK to take full control of its borders.

“It paves the way for a fair but firm system that will break the business model of the gangs that facilitate dangerous and illegal journeys to the UK while speeding up the removal of those with no right to be here.”

The Bill’s unveiling comes after record numbers of people made the perilous journey across the English Channel in small boats so far this year, with nearly 6,000 reaching the UK in the first six months of 2021. 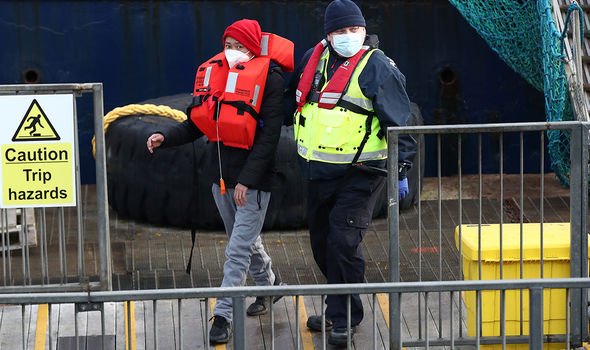 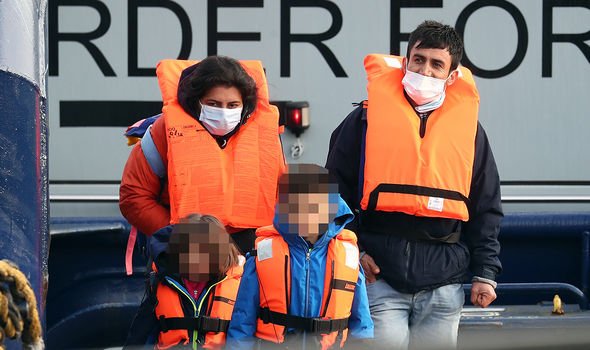 The total figure for 2020 – 8,417 – could be eclipsed within two months if the number of crossings seen in July and August last year is repeated.

Measures outlined in the Bill have been touted by ministers for months and were first unveiled in March.

The Home Office has described the legislation as a “landmark” moment, setting out the most “radical changes to the broken asylum system in decades”.

It comes after freedom of movement came to an end at the start of this year when the EU transition period was over. 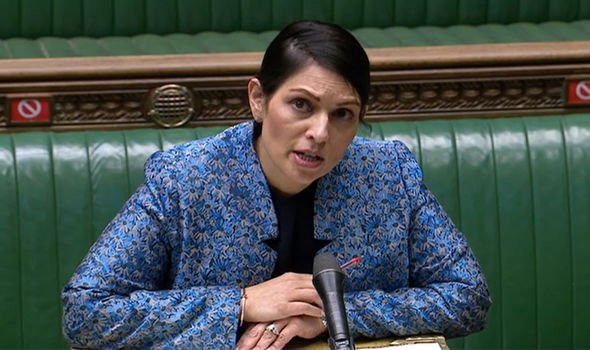 Strict measures in the Bill include making it easier to remove someone to a safe country while their asylum claim is processed, giving the Home Secretary the power to limit visas given to citizens of countries refusing to take back their own illegal immigrants, limiting access to benefits for those who have entered illegally.

The Home Secretary has been repeatedly left frustrated by “activist lawyers” launching last-minute legal challenges against attempts to remove illegal immigrants from the UK.

He said: “All too often judges are asked to review cases that have already been rejected on multiple occasions and stand zero chance of being overturned.

“These clog the system at taxpayers’ expense, delay the removal of people who have no legal right to be in the country, and cause misery to those with legitimate claims awaiting resolution.”

Campaigners have reacted with anger to the plans, accusing them of being unfair.

Meanwhile, Sonya Sceats, chief executive of Freedom from Torture, described the plans as “dripping with cruelty” and an “affront to the caring people in this country who want a kinder, fairer approach to refugees.”