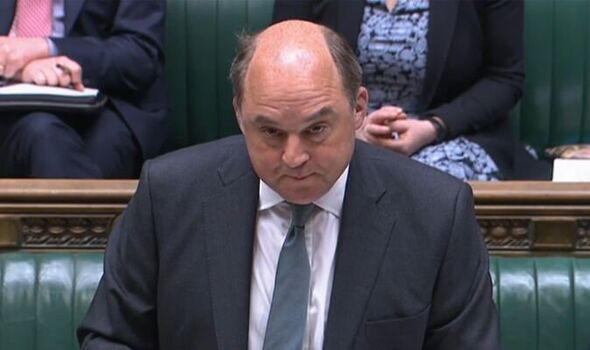 The minister said the “next three weeks are key” in thwarting Vladimir Putin’s plans after Volodymyr Zelensky’s success in holding off Russia to date.

Mr Wallace told MPs: “It is our assessment that approximately 15,000 Russian personnel have been killed during their offensive.

“Alongside the death toll are the equipment losses and in total a number of sources suggest that to date, over 2,000 armoured vehicles have been destroyed or captured, this includes at least 530 tanks, 530 armoured personnel carriers, and 560 infantry fighting vehicles.

“Russia has also lost over 60 helicopters and fighter jets.

“The offensive that was supposed to take a maximum of a week, has now taken weeks.”

The senior Cabinet minister said that the UK was offering even further support to Kyiv to help in the continued effort to fight back against the Kremlin.

Mr Wallace confirmed a number of armoured vehicles fitted with launchers for anti-air missiles would be gifted to Ukraine by the UK.

He said the vehicles would give the European democracy enhanced short-range capabilities.