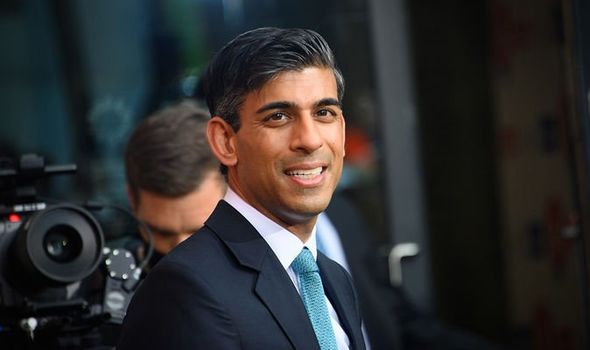 The number of people with jobs rebounded to pre-pandemic levels after the biggest jump in employment since 2014, new figures show.

The Office for National Statistics (ONS) said workers on payrolls rose by 241,000 between July and August. It also said the rate of unemployment dropped again, to 4.6 percent.

The Chancellor said: “Today’s statistics show that our plan for jobs is working.

“The unemployment rate has fallen for seven months in a row, the number of employees on payrolls is back above pre-pandemic levels and there were fewer potential redundancies notified in August than at any point since the start of last year.

“As we continue to recover from the pandemic, our focus remains on creating opportunities and supporting people’s jobs.”

The ONS also reported a “strong increase” in the employment rate among people aged between 16 and 24, alongside a decrease in the unemployment and inactivity rates.

Young people had seen particularly significant increases in unemployment as retail, hospitality and leisure roles were impacted by the pandemic. Wages continue to rise, the ONS said. Economists also welcomed the latest figures.

“The ability to bring those still on furlough back to their existing employment, or to channel them into new vacancies, will determine the extent to which unemployment ticks up following the termination of the scheme this month.”

Despite the boost, vacancy numbers jumped by 249,000 to more than one million for the first time since records began amid labour shortages in some key UK industries.

Prof Shackleton added: “There is still the prospect of a sharp rise in unemployment when the Coronavirus Job Retention Scheme [furlough] unwinds at the end of this month.

“So although the UK labour market is in a much better place than seemed possible in the middle of last year, complacency would be the wrong response to today’s figures.”

Gerwyn Davies, senior labour market adviser for the Chartered Institute of Personnel and Development, said: “The latest labour market statistics continue to send out positive signals about the underlying state of the UK jobs market. However, a closer look at the ONS figures shows that virtually all the extra jobs since the onset of the pandemic have been for temporary staff.”

The figures also showed a continued increase in wage growth, with total earnings, including bonuses, rising by 8.3 percent for the three months to July against the same period last year. Further signs of the bounceback came as JD Sports revealed a surge in profits as pent-up demand from shoppers returning to stores and strong online sales helped drive the retailer to a record first half year of trading.

Meanwhile, bulk buying in supermarkets continue to fall compared with sales a year ago – at the height of the pandemic – as the end of lockdown restrictions see shopping habits return to normal. Online grocery shopping also continues to fall, down from 13 percent of the market four weeks ago to 12.2 percent this month.

Inflation too is starting to impact the sector, with grocery prices up 1.3 percent in the past four weeks compared with a year ago. Prices are rising fastest for savoury snacks, cat food and some cakes and pastries while falling in fresh bacon, vegetables and some cooking sauces.

Co-op and Morrisons were the worst-performing supermarkets, with sales down 5.6 percent and 4.9 percent respectively in the 12 weeks to September 5 compared with a year earlier.

Only Waitrose and Tesco saw sales rise, up 2.2 percent and 0.2 percent respectively.

Mr Sunak recently told the Daily Express of his “immense pride” at how well Britain is rebounding from the Covid crisis. He said: “It’s fantastic to see our economy bouncing back, with life returning to our high streets and the number of people on furlough at their lowest level since the start of the pandemic.

AS a nation we’re always pessimistic, whether it’s the weekend weather or our chances at the Euros.

The same could certainly have been said for the jobs market when, earlier in the year, predictions had unemployment levels skyrocketing.

But this Government took decisive action, and, through our unprecedented package of support for workers and businesses, we have avoided the worst forecasts on unemployment. And the successful rollout of the vaccine has put the UK on the road to recovery.

The investment we made early on in protecting jobs and livelihoods has certainly paid off, and yesterday’s employment figures give us good reason to be hopeful.

With another significant fall in unemployment and a record increase of workers moving on to the payroll nationwide – it’s clear our Plan for Jobs is working.

For young people who we feared would be worst affected things are looking up, with youth employment rising 118,000 on the last quarter.

And our Kickstart Scheme is playing its part in opening up opportunities.

Already over 69,000 young people have started learning new skills, gaining valuable experience and starting their journey to a career.

We have also seen an increase in vacancies, proving that the economy is bouncing back.

Some 27,000 work coaches stand ready to match people with roles in growing sectors, making sure they have the expertise and confidence to thrive in work.

And once we have found a jobseeker a new role, our support does not end there. I want people already in work to unlock opportunities for progression – whether that’s by improving their skills or getting a qualification for a new role – and our work coaches are spearheading this drive.

As we head in to the autumn, we’re focused on connecting jobseekers with the best opportunities out there and helping people of all ages and backgrounds to take that next step on the career ladder.