The Scottish Tory leader confirmed the Prime Minister and Chancellor Rishi Sunak are among senior UK Government figures being lined up to enter the fray. It came as Mr Ross defended former leader Ruth Davidson’s role in spearheading a drive to persuade Unionist voters to rally behind her party. The Moray MP also insisted he was in charge of the Conservative campaign and rejected suggestions support was “flatlining” ahead of the May 6 ballot.

It comes after a bombshell poll revealed the SNP is on track to win a majority with 65 seats – while Alex Salmond’s new Alba Party is on course to win six seats and the pro-independence Greens could return eight MSPs.

The Panelbase survey published at the weekend also showed how the pro-UK vote will split between the Tories, Labour and Liberal Democrats on the regional list.

George Galloway’s All For Unity party could damage each of the mainstream parties by taking 4 per cent of the vote.

Mr Salmond launched his party’s campaign on Tuesday by publishing a “route to independence” in another challenge to former protege Nicola Sturgeon’s strategy. 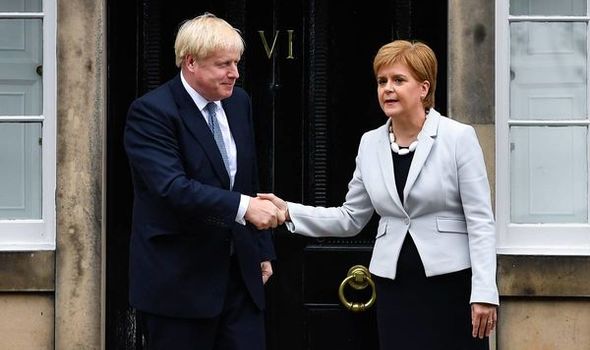 Ms Sturgeon intends to hold a second independence vote in the first half of a new parliamentary term.

But Mr Salmond last week said he wanted talks on breaking up Britain to begin after the election if there is a pro-independence majority.

Mr Ross insisted there was now a “very significant threat” to the Union as he stepped up his attacks on Labour and the Lib Dems for rejecting his calls for a Unionist pact.

He also branded former Labour and Respect MP Mr Galloway “a tool for the nationalists”.

Mr Ross said that it had not yet been decided how UK ministers would take part in the campaign but that they would be backing the pro-Union message.

Because of Covid restrictions the contribution from senior Tories might be virtual, although Mr Johnson visited Scotland in January.

The Prime Minister also made a virtual speech to the Scottish Tory conference in March, at the start of the election campaign.

Mr Ross said: “We can’t determine in this campaign when or if senior members of the government at UK level are going to be able to come up to Scotland to campaign.

“But they will play a part in this campaign. 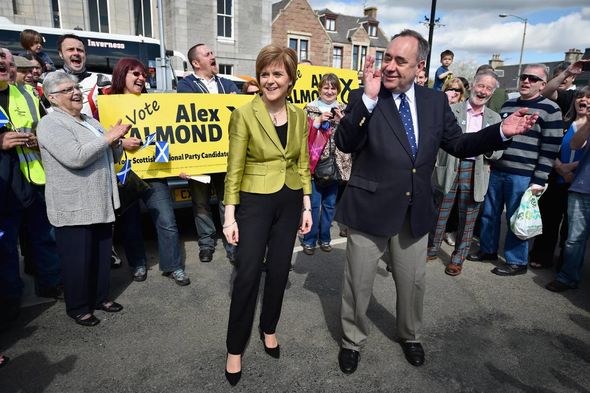 “Whether it’s virtual or whether it’s commentary, explaining the outstanding rollout of the vaccine process here in Scotland and across the UK or articulating the message of business support protecting people’s jobs, that will all happen.”

He added: “People would expect that we will be promoting what the UK Government has done throughout this pandemic, protecting almost a million jobs with the self-employed income support and furlough schemes, 90,000 businesses in Scotland have received support to keep going.

“And, of course, the vaccination programme with more than two and a half million people in Scotland having received the first dose. That is a success story in Scotland because it’s part of the United Kingdom.”

Although she is not standing next month, Ms Davidson persuaded voters opposed to independence to unite in 2016 and will again try to sway those who may be considering voting Labour or Lib Dem. The SNP yesterday claimed the move meant Mr Ross had been “dropped to the subs bench”.

SNP: If Sturgeon goes it will be ‘significant blow’ says Miklinski

But Mr Ross said he had “no problem” working with a former leader in a thinly veiled jibe at the rift between Ms Sturgeon and Mr Salmond.

He said: “Ruth was always a key part of this campaign. I’ve got no problem working with, and continuing to have the support of the former leader of my party.

“If others in different political parties don’t feel the same, that’s up to them.”

Despite urging Labour and the Lib Dems in vain to work with him as part of a Unionist coalition to prevent a second independence referendum, Mr Ross rejected any alliance with All For Unity. 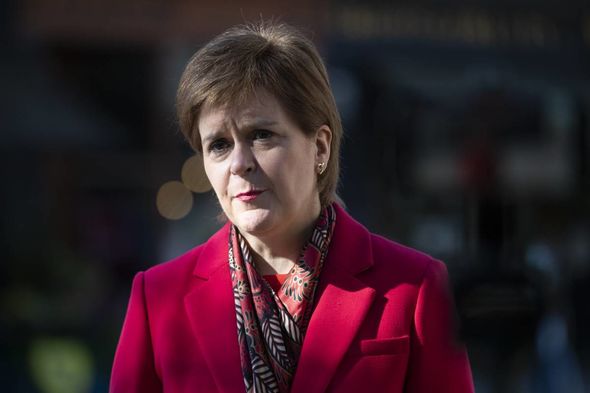 He said the former parties were part of the Better Together in the 2014 referendum, not one of the “smaller fringe party” which might benefit the Nationalists on the list system.

“The fact is we haven’t heard during this campaign, Nicola Sturgeon, or the SNP mentioning George Galloway, because they know he is a tool for the nationalists rather than helping the pro-UK cause,” Mr Ross said.

Meanwhile, Scottish Lib Dem leader Willie Rennie said the number of Scots in favour of independence is dropping and support for the SNP is “soft”.

He also predicted voters would turn away from the prospect of continuous rows over the constitution if Ms Sturgeon’s party retains power and Mr Salmond’s breakaway movement enters parliament. 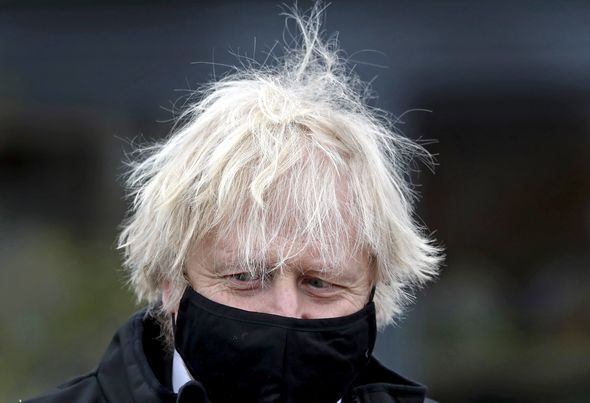 He said: “What we have seen is a steady decline in support for independence.

“I think that will continue the more we see the dreadful prospect of Alex Salmond, Nicola Sturgeon, and Douglas Ross in forever arguments between the different factions of the nationalist movement.”

Mr Rennie added: “The polls are hiding a softness in the SNP vote that I’ve not seen for years.

“They’ve not moved yet, but they’re ready to move, and we’re opening the door to them.”