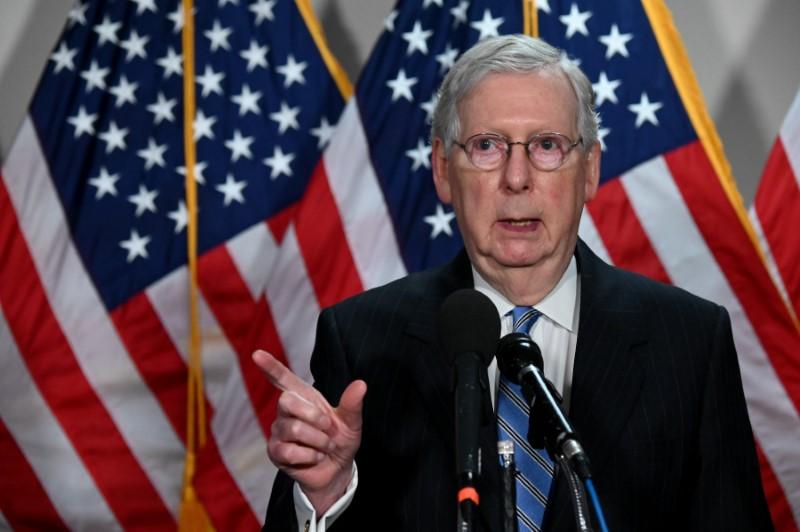 WASHINGTON (Reuters) – Democrats in the U.S. Senate on Tuesday failed to win passage of a resolution condemning President Donald Trump for his role in the use of force against peaceful demonstrators in Washington Monday night, after Republicans blocked the move.

Democrats tried to use fast-track procedures to pass the measure by a unanimous voice vote but were stopped when Senate Majority Leader Mitch McConnell, a Republican, objected.

Tags: CONGRESS, MINNEAPOLIS, Police, US
You may also like
Recent News:
This website uses cookies to improve your user experience and to provide you with advertisements that are relevant to your interests. By continuing to browse the site you are agreeing to our use of cookies.Ok