The SNP Westminster leader, Ian Blackford, demanded Mr Johnson answer a simple “yes or no” question on a Commons vote.

Mr Blackford told the Commons: “The Prime Minister has been hiding on this issue for months.

“This is a government on the run for its moral and legal responsibilities and on the run, Mr Speaker, from the ordinance backbenchers.

“But the Prime Minister can’t hide from this issue any longer and he can’t run from democracy in this House. 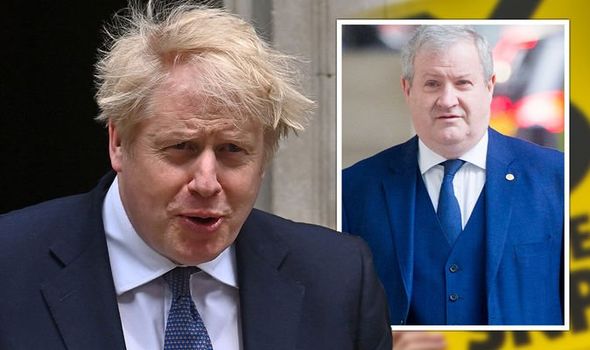 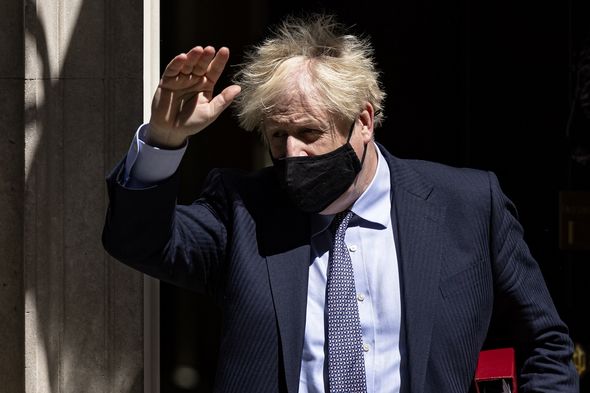 “Will he stand up today, and commit to a straight vote in this House on these inhumane cuts as demanded by the Speaker.

“Prime Minister, it is a very simple question, yes or no?”

Mr Johnson urged the SNP Westminster leader to not listen to “lefty propaganda” on international aid.

The PM told Mr Blackford: “I think the answer is clear, the people of this country were given a vote on this and many other matters very recently. 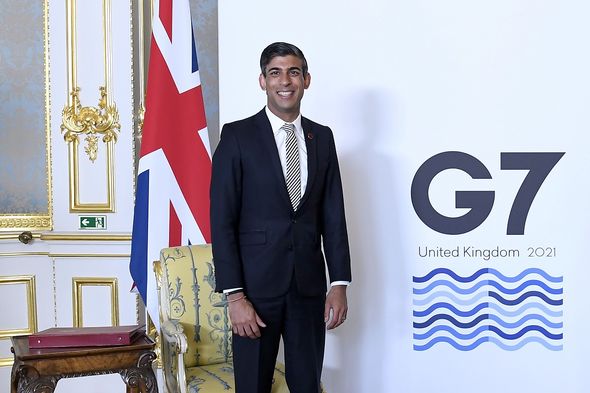 “I think they adjudicated very firmly in favour of the balance the Government is striking.

“We’re in very, very difficult financial times, but he shouldn’t believe the lefty propaganda you hear from people opposite.

“All they want to do is run this country down when we’ve increased spending on girls’ education alone to almost half a billion pounds.” 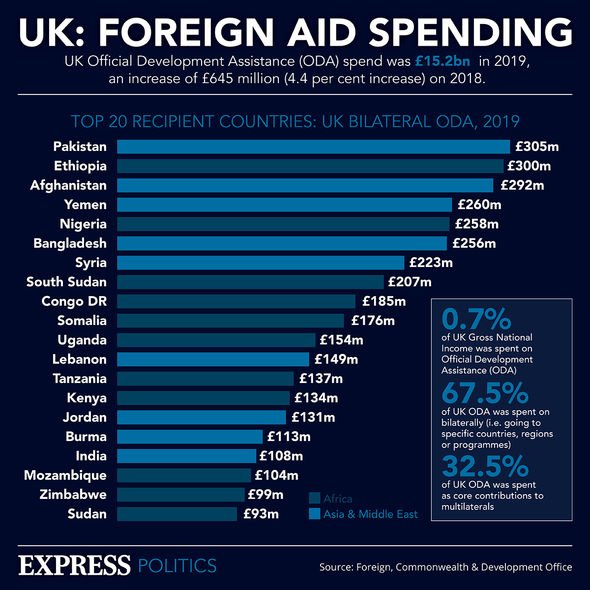 But Mr Blackford hit back and said he had never heard former Prime Minister Theresa May be called “lefty propaganda”.

He said: “I have to say I don’t think I’ve ever heard the previous Prime Minister, the Right Honourable Member for Maidenhead called a leftist propagandist.

“The simple fact of the matter is every single party every single member of this House stood on a manifesto commitment 0.7 percent and Prime Minister reneged on that.”

Mr Blackford added: The Prime Minister has the nerve to brag about the government’s support for the vulnerable, and at the very same time, he is £4.5billion from the world’s poorest. 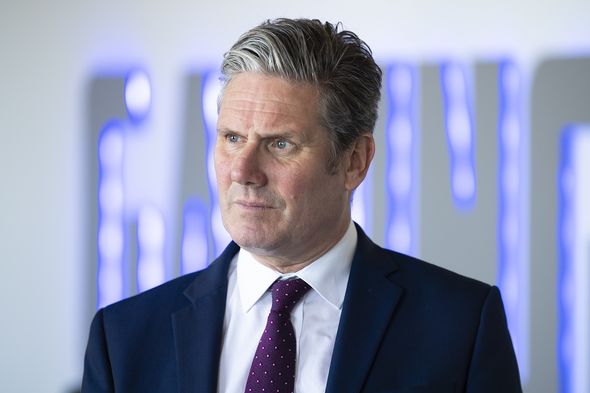 “In the week of the G7 what kind of world leader washes their hands of responsibility by cutting water and hygiene projects by more than 80 percent in the middle of a pandemic?”

It comes as a faction of Conservative backbench MPs including Ms May launched a bid to hold a vote on ditching the aid cut.

Earlier on Wednesday Mr Blackford promised LBC host Iain Dale the debate on Scottish independence will begin in earnest “in the coming weeks.”

He said: “What we’ve got is a Government that’s getting on with the job. We’ve got a 100-day plan. 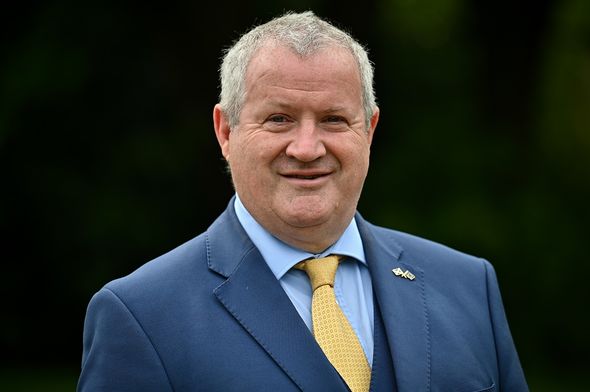 “What you’ll see is the party nationally and indeed the Westminster group will be very much laying out the vision as to how they see an independent Scotland.

“I want us to be able to get on from process and have that debate about Scotland’s future.”

He added: “I’m looking forward to having that debate, and that debate will be kicking off in the course of the coming weeks.”