Spanish foreign minister Arancha Gonzalez Laya said the move to not participate in the bloc’s Erasmus programme was to the detriment of British and European students. Boris Johnson refused to sign up to the scheme despite holding intensive talks about joining it during the wrangling over the UK-EU Trade and Cooperation Agreement. Insiders say the Prime Minister shunned rejoining Erasmus because it favours middle class children and does not represent his “levelling up” agenda.

Of the decision, Ms Gonzalez Laya said: “Cooperation will regrettably not extend to the Erasmus program due to the express decision of the United Kingdom, something that I frankly consider a little pettiness toward British and European students.”

The Irish government has announced it will fund students from Northern Ireland to continue participating in Erasmus.

But Downing Street has said it will spend more than £100 million on a post-Brexit alternative that will promote global Britain.

The Department for Education announced an international scheme, named after Bletchley Park codebreaker Alan Turing, that will provide funding for around 35,000 students to go on placements across the world from September. 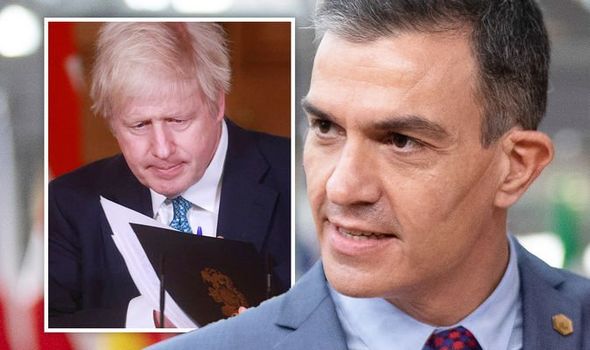 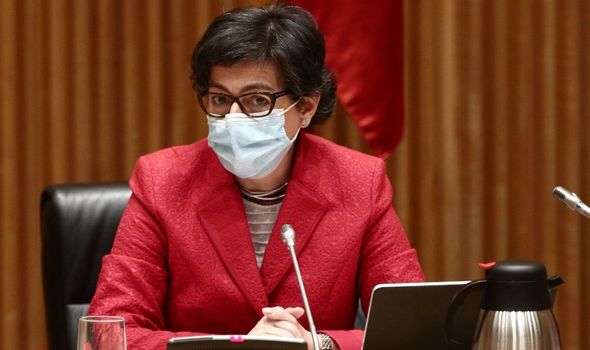 Education Secretary Gavin Williamson last year said: “We now have the chance to expand opportunities to study abroad and see more students from all backgrounds benefit from the experience.

“We have designed a truly international scheme which is focused on our priorities, delivers real value for money and forms an important part of our promise to level up the United Kingdom.”

The new scheme will aim to provide opportunities for students from disadvantaged backgrounds.

About 35,000 British students are said to have annually taken part in the Erasmus programme. 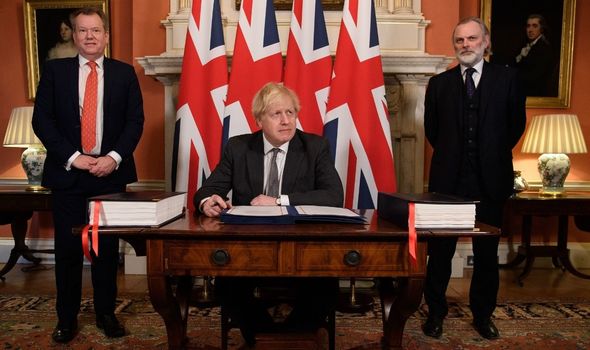 MEPs have bemoaned No10’s decision to quit the EU scheme, claiming it is one of the biggest disappointments from the Trade and Cooperation Agreement signed on Christmas Eve.

But some gloating politicians have claimed Britain’s departure has paved the way for a boost in their own education industries.

Irish MEP Sean Kelly said his country his now the best option for students no longer allowed to travel to the UK.

“I think it’s very important that we look at expanding Erasmus,” he said.

Meanwhile the European Parliament has announced it will maintain its outreach programme in British schools.

The plan, signed off by President David Sassoli, prompted accusations that the EU was attempting to pump pro-Brussels propaganda into our schools.

Brexit: Johnson now has ‘time on his side’ claims Habib

“They certainly need to right now, with a disastrous vaccine programme and crumbling continental economy that can only be rescued by consensus they are struggling to reach.

“And their ambitions do not stop there. Far from content that Britain is striking out on its own, the EU appears to be clinging to the hope that the next generation can be brainwashed into taking us back in.

“When the freedoms that Brexit brings home are fully restored and we compare our own situation to that on the Continent in a couple of years, I am very confident thoughts of getting tangled back up again in the anti-democratic blob will be far from anyone’s mind.”