The researchers used a statistical model to extrapolate infections tied to 18 rallies, and the study’s figures were not based on individual cases traced directly to particular campaign events. 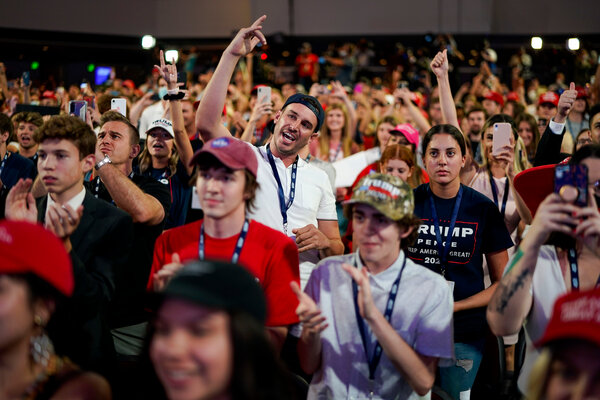 WASHINGTON — A group of Stanford University economists who created a statistical model estimate that there have been at least 30,000 coronavirus infections and 700 deaths as a result of 18 campaign rallies President Trump held from June to September.

The numbers, which will surely reignite accusations from Democratic leaders and public health officials that the president is putting voters at risk for political gain, are not based on individual cases traced directly to particular campaign events.

Instead, the Stanford researchers, led by Professor B. Douglas Bernheim, the chairman of the university’s economics department, conducted a regression analysis. They compared the 18 counties where Mr. Trump held rallies with as many as 200 counties with similar demographics and similar trajectories of confirmed Covid-19 cases before the rally date.

The events took place from June 20 to Sept. 12; only the first two — in Tulsa, Okla., and Phoenix — were held indoors. The president has held about three dozen additional rallies since the study ended in September.

Based on their models, the researchers concluded that on average, the 18 events produced increases in confirmed cases of more than 250 per 100,000 residents. Extrapolating that figure to the 18 rallies, they concluded that the gatherings ultimately resulted in more than 30,000 confirmed cases of Covid-19 and that the rallies had “likely led to more than 700 deaths,” though those deaths would not necessarily have occurred solely among attendees.