Cornell University researchers analyzing 38 million English-language articles about the pandemic found that President Trump was the largest driver of the “infodemic.” 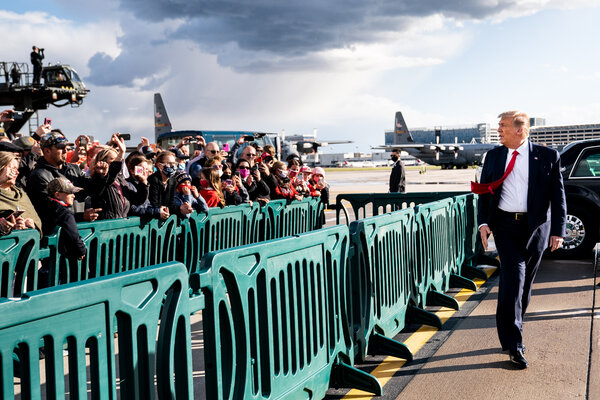 WASHINGTON — Of the flood of misinformation, conspiracy theories and falsehoods seeding the internet on the coronavirus, one common thread stands out: President Trump.

That is the conclusion of researchers at Cornell University who analyzed 38 million articles about the pandemic in English-language media around the world. Mentions of Mr. Trump made up nearly 38 percent of the overall “misinformation conversation,” making the president the largest driver of the “infodemic” — falsehoods involving the pandemic.

The study, to be released Thursday, is the first comprehensive examination of coronavirus misinformation in traditional and online media.

“The biggest surprise was that the president of the United States was the single largest driver of misinformation around Covid,” said Sarah Evanega, the director of the Cornell Alliance for Science and the study’s lead author. “That’s concerning in that there are real-world dire health implications.”

The study identified 11 topics of misinformation, including various conspiracy theories, like one that emerged in January suggesting the pandemic was manufactured by Democrats to coincide with Mr. Trump’s impeachment trial, and another that purported to trace the initial outbreak in Wuhan, China, to people who ate bat soup.

Tags: CORO, Rumors and Misinformation
You may also like
Recent News:
This website uses cookies to improve your user experience and to provide you with advertisements that are relevant to your interests. By continuing to browse the site you are agreeing to our use of cookies.Ok