Scotland’s First Minister Ms Sturgeon and her Government have come under pressure over recent weeks, with bitter rows around their Scottish independence strategy and the ongoing inquiry involving former First Minister Alex Salmond. The SNP leader heads into the Holyrood elections in two months’ time after vowing recently to push ahead with plans for a second referendum on Scottish independence – provided the SNP can gain a majority.

Speaking prior to Ms Sturgeon giving evidence to the Holyrood committee examining the Scottish Government’s unlawful investigation of sexual harassment allegations made against Mr Salmond, polling expert Sir John Curtice said support for the SNP ahead of the election had been “looking very good”.

He claimed based on recent polls, none of the SNP’s political opponents are within touching distance, meaning they could be on for an overall majority that would replicate the one they achieved in 2011.

Sir John told Express.co.uk: “Support for the SNP ahead of the Scottish elections is looking very good.

“They are running at around 53 percent in the constituency vote, and around 45 percent on the regional vote. 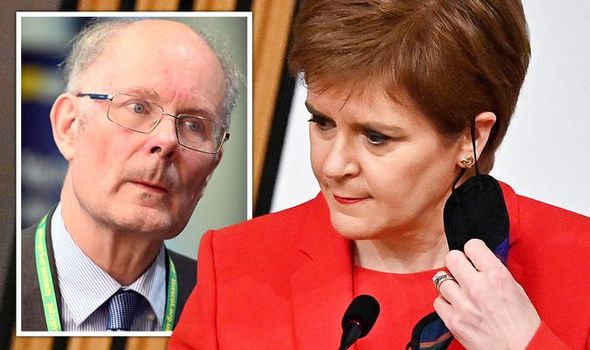 “They are well ahead and none of their opponents are significantly above 20 percent.

“The Tories and Labour are neck and neck on 20 percent, and the Liberal Democrats nowhere.

“If you take the average of the recent polls and make reasonable assumptions, you’re talking about around 70 seats with a majority of 11 in a 129-seat parliament.

“If that happens, then there is a nightmare scenario for the UK Government. 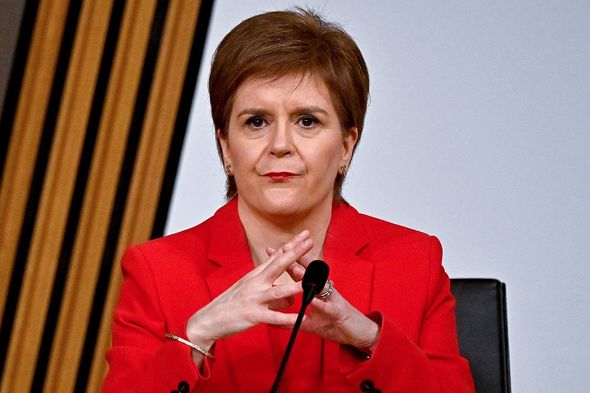 “Back then, it was good enough to force a referendum and if anything like that happens again, we will have a constitutional stand-off.”

But Sir John warned recent support for Ms Sturgeon and her push for Scottish independence has largely been fuelled by the way she has managed the coronavirus pandemic in comparison to Prime Minister Boris Johnson.

He added there is “no guarantee that perception will remain in place”. 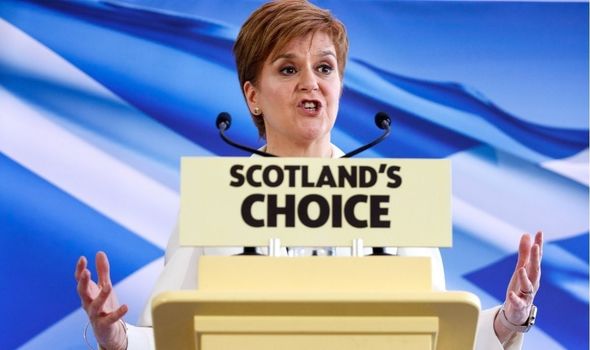 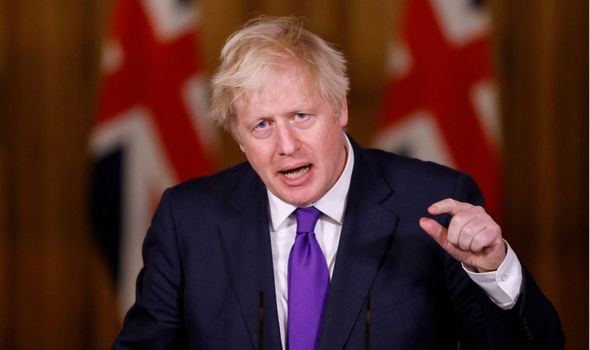 The polling expert said: “The advantage the SNP has is support for the party is very different from 2011.

“Support is no longer really founded on the perception that it might be one of the best parties in the devolved institutions and people will vote for it even if they are not in favour of independence.

“Virtually everyone that says they are voting for the SNP say they will vote for independence.

“Support for independence has gone up by three or four points since the start of the pandemic.

“It is being fuelled by the perception that Sturgeon has handled the pandemic well and Johnson badly, therefore an independent Scotland would have handled it well too.

“There is no guarantee that perception will remain in place.” 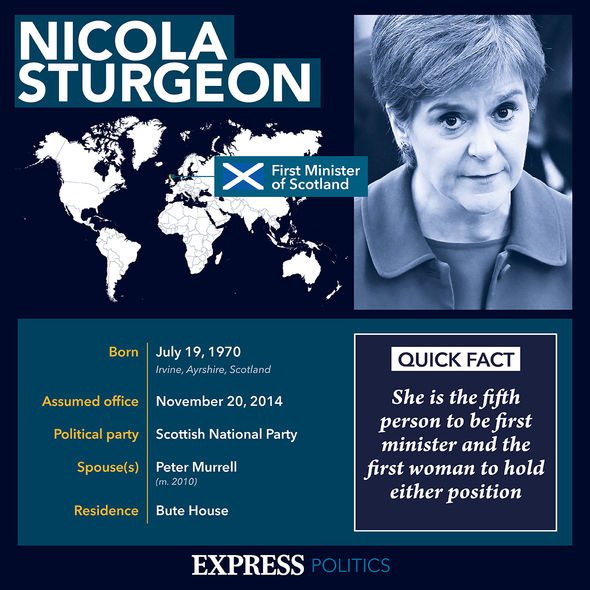 Sir John also warned the SNP and Ms Sturgeon the “biggest danger” facing them ahead of the Scottish election is “internal arguments”, adding the party has never looked more vulnerable for possibly 40 years.

He added: “The biggest danger facing the SNP is not the opposition, it’s the internal arguments within the party.

“If you were doing a political profile for the SNP, what you would have in red at the top of it is a serious row with Alex Salmond and allies that have become a serious personality dispute.

“This has been fuelled with differences of ideology and ironically, at a time when the SNP has never been closer to independence, it has not looked as fractious for 20 years, maybe even 40 years.

“It does seem to be the case for some people within the SNP, the internal battle is more important than the party’s external standing.”