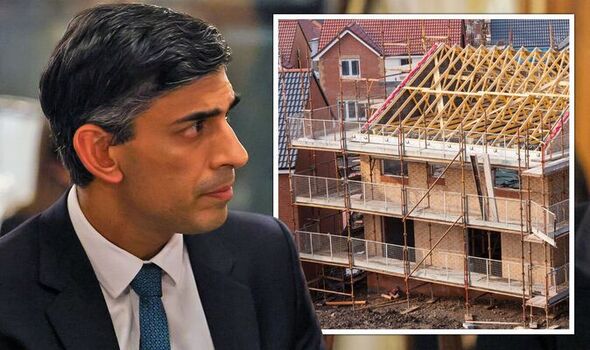 Rishi Sunak caved to the demands of Tory backbenchers last night as he seeks to avoid a Commons showdown with his own MPs.

As many as 60 Tories had threatened to vote against Mr Sunak’s Levelling Up and Regeneration Bill.

It has also been reported the Prime Minister is preparing to ditch the ban on onshore wind farms amid opposition from MPs including Boris Johnson and Liz Truss.

Mr Sunak’s desire to avoid a clash with his own party comes after his predecessor was forced to resign less than 24 hours after a row over a Commons vote descended into chaos, with pandemonium breaking loose in the voting lobby.

Shortly after becoming Conservative leader, the Richmond MP warned his party they must “unite or die”.

In his bid to keep the Tories together, he is set to water down local house-building targets to make them advisory rather than mandated by the Government.

Last night Levelling Up Secretary Michael Gove told The Telegraph the changes were a “sensible compromise” with local authorities incentivised to adopt local development plans drawn up in consultation with residents.

“When I came into this job I said we need to create neighbourhoods not dormitories, and that is what this will achieve,” he said.

“What we will see is more homes being built in places where we need them.

“The current planning system is dysfunctional and in need of reform.

“We need to change it to ensure that developments have the characteristics that communities cherish.”